EduBirdie Talks: A True Inspiration, No Matter What They Say

To better familiarize our users with our team and make us closer, we decided to open a new blog section where we will interview our employees. We want to show you that EduBirdie is not just a website. We are a family, a single organism, and a whole team full of bright and enthralling personalities.
Disclaimer: For privacy reasons, EduBirdie is not allowed to disclose the identity of our users as well as our authors. It doesn’t make North Saint’s story any less engaging though! 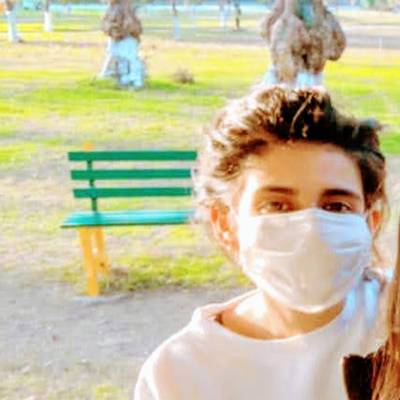 EduBirdie Talks welcomes its new guest, North Saint. She has recently joined EduBirdie team as a writer and she is determined and ambitious. She wants to learn new things, explore the world, and make it an equal place for everyone.
View North Saint’s Profile >

What’s your favorite quote?
"Let us bring poetry into philosophy and philosophy straight into our daily lives. It means we will mess things up: we will blur the lines. We will bring irreconcilable ideas and unlikely people together. The absolutists venerate purity, we hybridity. They wish to reduce everyone down to a single identity. We strive for the opposite: to multiply everyone into a hundred belongings." Three Daughters of Eve by Elif Shafak

What’s your favorite book?
My one most favorite is Anne of Green Gables by Lucy Maud Montgomery. Because I like the aura of innocence it has, and I like the concept of adoption getting portrayed so beautifully.

How would you spend a million dollars?
I would invest it.

What do you like about your job and being a writer the most?
The opportunity it offers to read and learn about new things that I otherwise would not have.

What do you seek in your clients?
Cooperative attitude.

What is the most interesting topic you had to write a paper on?
Most interesting topic I found was an assignment that required me to read through a book about the sixties in America - It presented a stunning perspective and insight on the political and social movements of the time.

Tell us a bit about yourself first. What makes you?
Well, you’re aware that I’m a writer but I have more things in me. Оne of my hobbies includes bodybuilding - working on my biceps, triceps, lats, shoulders and strength and endurance in general. It's unusual in the aspect that women don't usually seek muscular big arms even when working on strength training. I work out six days a week and concentrate on different muscle groups every two days to not impede their development. I currently train with dumbbells of 22 pounds (10 kg) each - going up from 1 kg. I've not done it professionally - it's pretty much like reading - a hobby that I've not pursued in competitions nor as a career yet.

Wow, that is an unusual hobby indeed. How did you get into bodybuilding? What drives you?
My parents were high on fitness, and my dad himself was into bodybuilding. Watching him as I grew up, his strength and ability inspired me to start working on my body to be just as, if not more, strong as my father.

Do your friends and family support such hobbies as bodybuilding, or it is rather unusual for them?
My family has kind of adjusted to the idea - initially, they thought I am pushing myself too hard physically - but now dad's even proud of what I can do and how nice my muscles look. For my friends, it was and still is unusual. We're not used to seeing women being into bodybuilding. Fragile "feminine" frames are apparently the way to go.

As far as I understood, you usually work on your upper body rather than the legs. Is there any specific reason for that?
Oh, yes - the reason's my dad again! Since he mostly worked on his upper body - that's what I grew up thinking was the main focus area of bodybuilding.

Is there an influencer who inspires you? Maybe a role model?
Yes, it is still my dad.

Let’s switch over a bit. What brought you into writing? Not specifically academic writing. Have you ever tried writing anything for yourself like poems, short stories?
I did take prompts from Instagram writing pages and wrote short stories for myself. Reading brought me to writing. I was impressed by what writers can do with words and the impact that has on the readers and I knew I wanted to write. Also writing helps me explore and understand more about the world around me - specifically when it comes to academic writing.

Have you changed since you started writing academically? How?
I have changed for the better since I started academically writing. For one, it has added more versatility to my skills - my writing is no longer limited to just essays. And for two, it has expanded my prior knowledge in a deeper academic kind of way in a plethora of subjects from religion to computer. I grow with every piece I write, given the background work that went into it - and learning has never been easier!

How long have you been writing academically? Do you feel the students changed during this time? Do you think it became easier to study than it was? Why?
I have been academically writing for over a year - with breaks in between to accommodate my exams. I think my experience is still a bit limited because so far I cannot spot a tangible change in the students today when compared to last year. I think it's easier to study from the perspective of a student. Since academic writing from us frees them up to focus on preparing for their tests and exams.

Tell a little bit about your other hobbies. How do you like to spend your free time?
I read whenever I'm free. Political, Social issues are my most frequent themes.

How do your hobbies affect your writing? Has it ever helped you?
The reading hobby definitely has helped my writing. Frequenting themes unrelated to my field makes tackling new and different subjects be less daunting. It also made researching through entire books and endless websites while writing easier.

What’s your ultimate goal or how you want your life to be in 10 years?
One of my ultimate goals to accomplish within 10 years is to be a researcher/scientist/inventor with or without the Ph.D. pathway.