Bullying in US schools represents a concerning issue due to its highly damaging impact, in particular on victims. However, when addressing this problem, all involved parties have to be considered and worked with: victims, aggressors, both active and passive spectators. One important way to root out this phenomenon is to educate students about it.

Assigning a bullying essay to students is one such educational, awareness enhancing measure – such essays are normally used to share personal experiences (in whatever role), address/ discuss aspects related to bullying by acknowledging its negative impact analyze driving forces behind certain behaviors manifested by mentioned parties, propose counteracting or preventive actions. 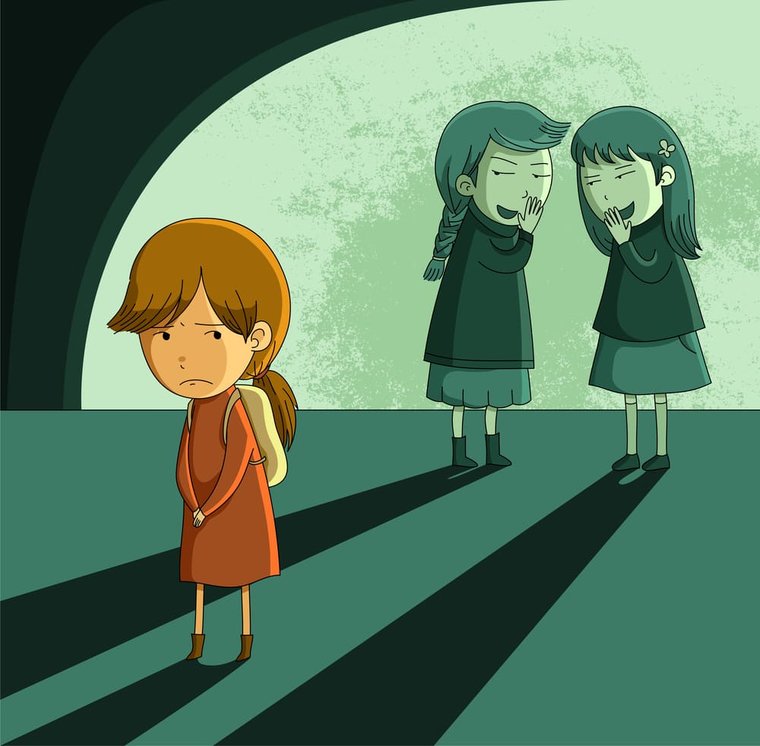 The bullying paper chief purpose is to lead to better understanding and deeper consideration by students, highlight certain related aspects (like dangerous behaviors that make it possible, aggressor’s motivation) and ultimately contribute towards eradicating this phenomenon altogether by using all means or methods available.

Essays about blustering have structure similar to other essay types - all these contain the following key structural elements/ sections:

In fact, bullying essay can be also an argumentative essay or persuasive essay, so other requirements specific to such papers might also apply. Often it may be an explanatory essay that presents the worldview and motivation of given party involved in abuse.

Outlines for essays on bullying might vary depending on the intended message, content. Below are some frequently occurring elements:

Connect with our top writers and receive a paper sample crafted to your needs.

Essay Examples for Your Inspiration

Bullying essay example may be a good source of inspiration for a student. Our Expert writers have prepared two examples that you may use for your own essay, get motivated to research more or find some valuable information in them.

Bullying causes great, often irreparable damage to victims. Since they are usually young, they have worse coping mechanisms, which may increase their risk of committing suicide. Victims often suffer from depression, diminished self-worth, impaired academic performance and social relationships people might avoid them due to associated stigma. There are multiple bullying forms through which all this damage is impaired and each needs adequate consideration.

One common form of bullying is causing physical harm. While severe injuries might be quickly discovered and lead to quick intervention from adults, minor physical abuse is frequent. Still very damaging for the psychological wellbeing of the victim because of suffered humiliation, often in public, in particular, if this occurs repeatedly as is often the case.

Verbal blustering involves insults, threats or might happen by itself or might accompany physical abuse, this could include name-calling, humiliating remarks in public. Threats deserve separate mention given that they are often very serious, for instance, killing threats. Given the extent of school shooting across the US, this gains even more weight.

Abuse occurs in person but also through text messages, social media, or other online means (cyberbullying), which gained in our technological society. According to stopbulying.gov, 9% of students from grades 6-12 grade have encountered it, 15% of students in 9-12 grades have experienced it in the last year alone. When it comes to minorities, this is even worse, with about 55% of LGBTQ students have experienced this.

When considering other types, it is useful to classify them by the triggering/ risk factors, such as being less physically strong than aggressor, often, because younger, belonging to a lower social class, having an academic performance that is noticeably lower or higher than average, being a member of minority group (sexual minority, religious minority) in which case it’s discrimination form. Everyone is at risk who differs from their peers through appearance, behavior, etc.

To conclude, bullying may be very different by nature and effective coping with all these types requires thorough understanding. For instance, cyberbullying functions in accordance with entirely different rules compared to real-life blustering. It is also important to know the extent or relative gravity of all these types to prioritize actions.

Example 2 Children's bullying as a form of violence

In every school and in almost every class there are children who are the objects of ridicule. Sometimes open bullying by individual children or even the entire class. According to statistics, up to 10% of children regularly (once a week or more often), 55% occasionally (from time to time) are subjected to some form of ill-treatment by their classmates. About 26% of mothers consider their children victims of such violence, which is currently a dangerous phenomenon with extremely negative consequences, under the generally accepted term “bullying”.

This term contains a number of social, psychological, legal and pedagogical problems.

Bullying is an abuse form when a physically or mentally strong individual or group enjoys inflicting physical or psychological pain on a weaker person in a given situation.

About this phenomenon started talking at the beginning of the last century abroad. The first publication on this topic appeared in 1905 in England. Since then the study and problem discussion have not subsided. It is typical not only for schools but even for kindergartens.

Children's bullying today is widespread not only in the USA but also practically in all countries in Europe. David Lane & Andrew Miller define bullying as a long process of conscious harsh attitude, physical or mental, from one or children group to another child (other children). Envy, revenge, hostility, justice restoration, power struggle, submission to the leader, opponent neutralization, self-affirmation, etc. can be the motivation for blustering, up to the satisfaction of the sadistic needs. Children are pretty cruel by nature. They have not yet developed mechanisms for restraining emotions. This is especially true for teenagers.

Children's blustering can be different: systematic ridicule, which can be based on anything from nationality to external data, extortion, physical and mental humiliation, various types, boycott and ignoring personal property damage.

One could say that school years will pass and children's offenses will be forgotten, but psychologists have proven that this is not at all the case. School violence literally breaks the victim’s identity, its consequences affect a person’s life for decades. Victims of frequent or permanent blustering at school, becoming adults, significantly more often complain about their health, suffer from nervous disorders, are prone to suicide. They are less successful in their professional activities, they have a lower income, higher risk of being unemployed. They often lead a lonely lifestyle, not having family or friends. In other words, “children's insults” turn into quite serious adult problems. Knowing this, parents teachers should carefully monitor that our children do not become a victim.

Below are some bullying essay topics you could consider when writing your own paper on similar topic:

Keep in mind that we help with many more paper topics or types: research essays, lab reports, creative essays, like essay on the American dream, speeches, presentations, case studies, term papers, even answer your request "do my coursework". Apart from this, we help at many other writing project stages: e.g. creating detailed outline, assembling list of sources to be used for your paper, writing an abstract or conclusion, proofreading.

Affordable Expert Help You Should Try

Writing an anti bullying essay implies covering all typical essay’s formal sections, thinking about the topic, looking up reliable evidence, listing your arguments coherently, etc. Our professional writers take charge of all these aspects entirely and produce well-written paper within requested deadline (choose writers yourself based on their ranking on the platform and even guide and check their work as it progresses).

Even if our writers deliver high-quality work, our policies state that clients may ask for unlimited revisions for free until satisfied with quality of execution. Finally, in the unlikely event, all these revisions do not help, client can still claim a refund – thus, you are risking very little when contracting our services, so don’t hesitate to contact us.