In the world of fierce and intense labor competition, many people chase the ability to earn a sufficient amount of money and protect themselves by getting a good job. They invest lots of efforts, time, and money into obtaining a degree from some colleges and universities, hoping that it will give them a new and prestigious start.

Unfortunately, in reality, a huge part of American students end up indebted, and before they can go on with their life, they have to earn money and spend it on the debts they have made to be able to study. This way, an endless cycle is formed, creating tension, depression, and misery. Data on students’ loan debts collected at the end of 2018 present shocking conclusions, demonstrating that for the American youth, the future is far from bright. 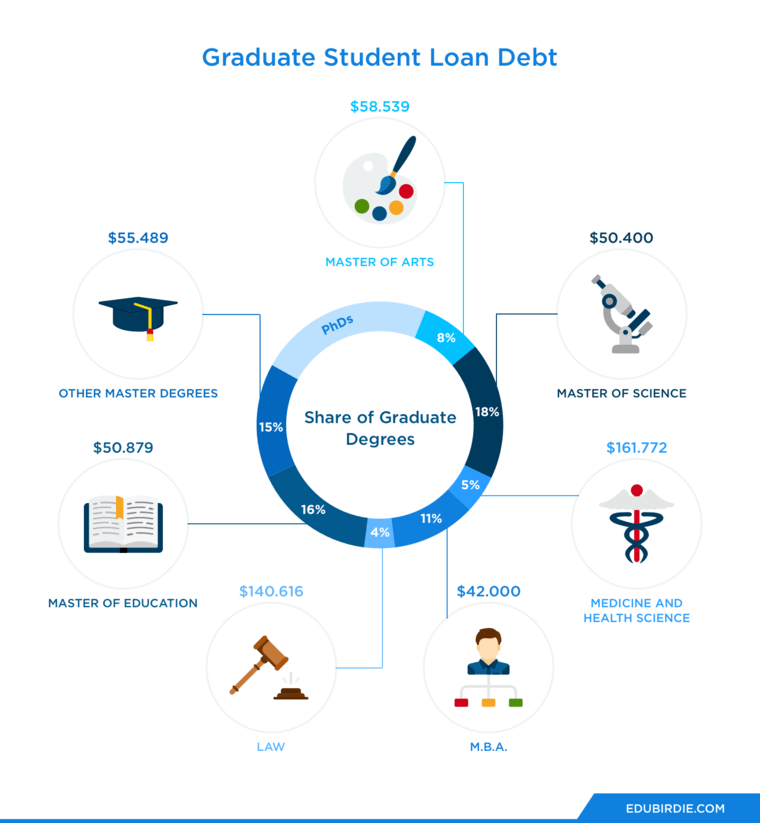 What kind of degrees students are paying for most through loans, though? Here’s what statistics show. Note that the numbers unite both groups of students, those who have already graduated as well as those who are still studying.

All reports produced in 2018 concerning the loans in different educational establishments have been submitted to the US Federal Reserve, and afterward, they were analyzed attentively. They reveal a terrible but probably expected trend: every year, the number of indebted youth continues to grow. More than that, the general amounts of debts are also growing, becoming downright intimidating.

So, debts put promising young people into situations where they are forced to forget about living their life and focus on paying back the loans they have taken. It negatively affects their productivity. More than that, it steals their willingness to work because eventually, the concept of working loses its point, considering they have to give most of what they earn away. 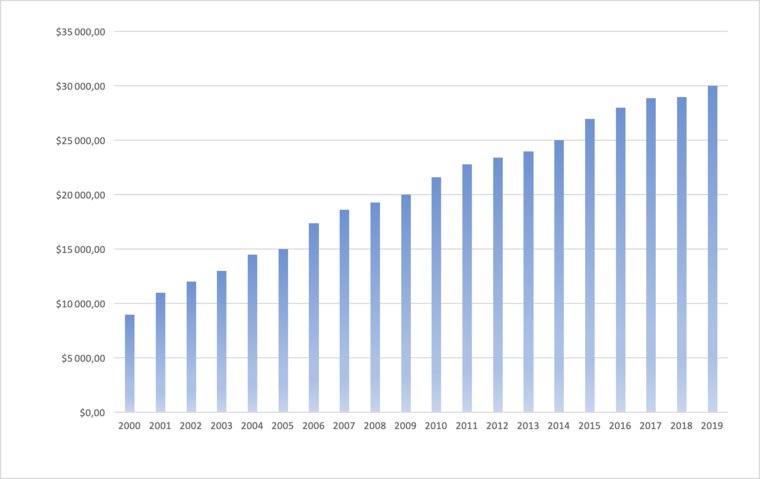 Some students hope to qualify for loan forgiveness. It’s a great option that can be given if you’re hired by the government or non-profits organizations. Sadly, there are many intricacies that have to be taken into account and that disable most of the students from being granted this forgiveness.

These numbers are shocking because they show that it’s basically impossible to get loan forgiveness. So, students will be stuck with their debts in the future with no hope of solving this problem.

There are different loan types, status, and repayment plans. Let’s regard how many people choose what kinds of loans, as well as how they’re dealing with their obligations.

Graduated repayment plan. It takes up to 10 years, meaning that students have a chance to graduate, find jobs, and start their payments. However, the interest rates begin to increase more and more. There are 3.03 million students who chose this plan and who now have to pay $84.2 billion.

Results are pretty depressing. Billions of dollars have to be paid by those who clearly cannot cope with their obligations. So, despite the diversity of loans, getting them is becoming more and more damaging.

An even more thorough look at the facts reveals that the situation with American students’ debts is indeed horrifying. Seeing these shocking numbers, it becomes clear that millions of young Americans have no future. They will be forced to pay for their education for the majority of their lives.

So, the amounts of student loans increase over time. An upsettingly big number of students cannot afford to pay back what they’ve taken. The situation with American education has to change fast because otherwise, its young people will simply lose all their faith in justice and equality of classes.