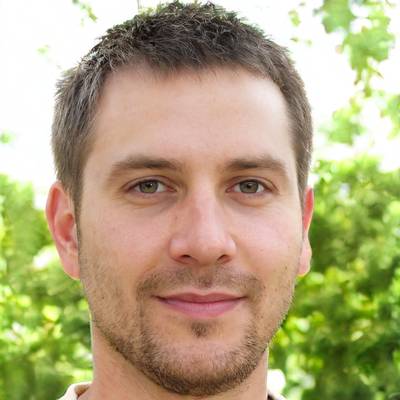 The dark web being part of the World Wide Web is essential is as any other search engine in providing valuable information especially to scholars. Notably, the web is only accessible by means of special software enabling the web operators and users to be anonymous. Importantly, due to inability to trace the users, the dark web forms the dark segment of the internet may be dangerous to people’s lives and the entire society. Therefore, the government should fight against the dark web. Firstly, the sites form a platform for the criminal activities such as cybercrime, theft, and murder. The individual criminals are able to share secret information in the dark web, thus executing their criminal acts with the vital reference that they cannot be traced. Furthermore, the dark web facilitates the distribution of child pornography. Even though some find sense in such immoral practices, children should be spared out. The pornographic films do not only interfere with one’s memory but are also addictive, which is detrimental to the lives of teenagers. Additionally, the web enables the drugs trafficking. The drug lords and users are able to interact in the dark web without the government bringing them to book. Therefore, the government should close the door leading to the dark room, thus curbing drug dealing. Consequently, the platform forms a cocoon for weapons trading thus jeopardizing the security of the citizens. The web makes it possible for the contract killers to execute their duties. For instance, the militia groups are able to execute their terrorist activities without being detected. Importantly, the dark web contains information hidden beyond the security measures of some companies, which makes them vulnerable to attacks. Therefore, the government should make the utilization of dark web illegal for the safety companies, citizens, and the entire world.

Prof Tomkins was a very resourceful person as well as very knowledgeable in my Kinesiology, Anatomy and Physiology assignment. I chose paperowl at last minute. As I have been having COVID - with a fever. Prof. Tompkins has superior community on skills. I would ask a question and he replied with a a swift response. Grammatical errors, I sought none. Citations- I forgot to add it to my work order however, I wrote him and he immediately corrected my me error. Knowledgeable in Anatomy, Physiology & Kinesiology. Although, there is not many on Paperowl. I would/will work with him again! My Order status April 13, 2020 and deadline April 15th. I do recommend giving more time to do better on assignment. Thank you so much Prof. Tomkins ! Respectfully, R. Castillo 04/18/2020

This writer came to my rescue. I was working on a group assignment, which included four individuals and they all bailed on me leaving me to hand in the work of all on the actual due date. I was in tears, literally. I had a paper to write and complete a whole PowerPoint presentation to go with it. I hired another write who did not complete the assignment and again I found myself feeling helpless. Prof Tomkins delivered an excellent paper and right before my deadline. He saved me from a nervous breakdown. I would use him again!

reason was i am not satisfied and as briefly and as simply as possible my complaint is: The question was on UK land law and i asked the writer if he was familiar with this and able to refer to UK case law as this module is heavily based on UK case law to back points up he said this is fine i even provided a link to the youtube channel of all of the lectures and offered the powerpoints ot match to make hislife easier but he said he would be totally fine and the youtube was fine. I also mentioned the answers needed to be answered in IRAC form for each question which is Issue - state the issue Rule- what is the rule of law statute/case law - Application- Apply the rule to the situaton- Conclusion.

Worst experience EVER! My paper came back as plagiarized by my professor. I came on this website to get help, not to get screwed over. This is also my last semester of college and he very well could have ended my career and future. Luckily, I was able to beg my teacher for a passing grade. All I will say is...NEVER AGAIN!!!

Didn't do very good on this paper and teacher says not enough details and didn't follow proper formatting for papers. Such as topic sentence and connecting to thesis.

All of the above. Simply Awesome!! Thankyou so much.