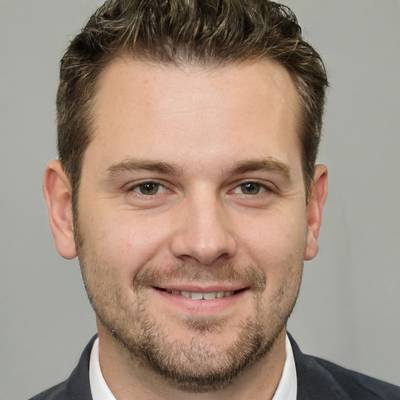 Welcome! My name is Prof. Adrian. and I have been writing professionally for years. They say people should follow their passion to achieve happiness. Since writing is my passion, I feel blessed to be able to work as a writer. My main areas of interest are English, History, Psychology, but I am comfortable with other t...

Welcome! My name is Prof. Adrian. and I have been writing professionally for years. They say people should follow their passion to achieve happiness. Since writing is my passion, I feel blessed to be able to work as a writer. My main areas of interest are English, History, Psychology, but I am comfortable with other topics as long as the instructions are clear. My clients say that I am a diligent professional who follows the requirements to the tee. I think this is essential to producing quality work. Choose me and you will never have to look for another writer!

An automobile refers to a four-wheeled vehicle, usually powered by an internal combustion engine or an electric motor. These machines have both merits and demerits as far as their impacts on the society are concerned. Their demerits notwithstanding, automobiles have become inseparable with modern life, with their positive impacts significantly improving life. According to Womack et al., automobiles are very useful transportation machines which enable people to move from one point to another with much ease. Decreasing the time spend on travels leads to increased productivity as people are able to arrive early at work and leave late. Additionally, Womack et al. posit that, if the employees of a firm were to walk to work, they would probably arrive while already exhausted and this would lower their efficiency. Moreover, the automobile industry plays a very pivotal role in creating job opportunities. According to Gordon, in America for instance, this sector employs tens of thousands of workers, thereby, assisting the various states in dealing with the issue of unemployment. Further, this sector is known to infuse billions of dollars into the US economy. These resources have been used to finance various programs such as healthcare and education, thereby, contributing to an improved standard of living. From the above discussions, it is clear that automobiles have improved modern life. As seen, they have made transportation easier, enhanced productivity and efficiency, created employment opportunities, and served as a powerful engine driving the economy. The critics of these machines raise arguments such as the contribution they make to pollution. However, according to Sovacool & Hirsh, researchers have made tremendous steps towards ensuring that electric cars, which do not pollute the environment, replace the current automobiles running on fossil fuels.

I can only tell you that I've been very ill and couldn't finish classes. This man saved my almost perfect GPA and my three years of focusing on nothing but Psychology and my graduate courses. I never needed a re-write. Incredible writer. I wish I had his talent.

More than excellent work!! Recommend hiring him...why? Keeps in constant communication, and have the best work and did as I asked in PowerPoint instead of a paper and way before deadline. So please hire him!! Thank you again!!

Writer responded back very efficiently and quick and Finished my work within 2 days, which gives me plenty of time to revise it. Thanks

Helped to the best of his abilities

Very quick and well-written at the same time!

Received my work before it was expected... Amazing quality! Thanks

Great work. He followed the instructions and notes thoroughly.

He did a great job! It also was a rush job. He did my paper within one day and everything that it needed plus more. I will definitely hire him again!!