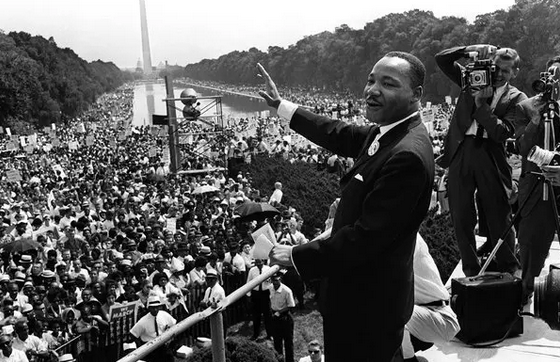 Martin Luther King Jr was an influential African-American, notable for his peaceful protests which led to the passing of the American Civil Rights of 1964. King was a religious minister who mobilized crowds and staged a series of nonviolent protests against racial discrimination in America. He was killed in 1968. The following are some major achievements of Martin Luther King Jr.

We begin by exploring the biggest achievement of Martin Luther King Jr. that catapulted him into the lame light of the civil rights movement. It began in the 1950s,  and America by this time was widely torn apart after centuries of racism and abuse towards African Americans. A famous bus incident occurred in 1955 –a black teenager by name Claudette Colvin, was asked to forfeit her rightful seat so that a white passenger could occupy it. When Claudette refused to give out her seat, it became a legal case; she had violated a discriminatory law, known as the Jim Crows law.

In December that year, another black woman, Rosa Parks, suffered a similar bus-seat-discrimination. Martin Luther and other activists planned a mass bus boycott in Montgomery. It lasted for more than a year. The effects of the boycott became very pronounced. In the end, a court ruling stopped all forms of discrimination on buses in Montgomery. This became a big win for Martin Luther. It shot him into national fame.

The SCLC was created in 1957 by a group of civil rights activists. Key among them were: Martin Luther, Fred Shuttlesworth and Joseph Lowery. The group was founded with the core aim of organizing black Christian leaders to embark on peaceful protest against awful and inhumane racial segregation laws.

Martin Luther King Jr was the president of the SCLC. He led them to carry out protests against discrimination, calling for equal voting rights for African Americans. Luther King and the SCLC continued to march for civil rights. He criticized President F. Kennedy for not doing enough to stop racial segregation in America. Through King’s protests about discrimination in the south, a wide media coverage exposed maltreatment of blacks.

Eventually, the pathetic situations drew sympathy from large sections of the public. Despite facing oppositions from government and other groups, the SCLC became recognized as a civil rights movement with hope to liberate blacks from unfair economic, political and social systems.

“I Have a Dream” Speech

The year was 1963; King delivered a powerful speech to hundreds of thousands of supporters gathered in Washington. In this his “I Have a Dream” speech, Martin outlined his vision for an America of equality and no racism. Luther King backed his powerful oration with biblical verses and constitutional clauses. More than 200k followers partook in the protest. The massive crowd entered into history as one of the largest crowds that ever gathered in Washington. The movement protested against school-based discrimination. They also asked for fair wages for the black workforce. The protest and his speech mounted pressure on President Johnson to enact civil rights laws.

Played an active role during the Black Sanitation Workers’ Strike

There was discrimination towards African-American sanitation workers, in Memphis. Aside their appalling working conditions, black sanitation workers were underpaid as compared to their white fellows. Others were dismissed from their jobs, without any good reason.

On 12th February 1968, black workers began to strike. As a concerned civil rights activist, Martin Luther supported the strike action and attended their marches. The sanitation workers laid down their tools for two months. Their demands included higher wages and non-discrimination. The event shook the nation until it was called off in April. The demands of the sanitation workers were later granted.

Martin Luther was a peaceful man of action. Throughout his campaigns, marches and protests, King Jr never called for violence. He preached peace and fairness. However, his peace-loving character still attracted mayhem from his oppressors. His house was bombarded on 30th January, 1956. Despite the provocation, Martin Luther and his supporters resorted to prayer to calm the situation.

Another very monumental achievement of Martin Luther King came during his brave civil rights campaign in Birmingham. Before 1960, racism was at its peak in the city of Birmingham, Alabama. African-Americans suffered discrimination of all sorts. In 1963, Martin Luther tackled the racial crisis by forming the “Birmingham Campaign”. They recruited younger members, including little children, to join the campaign. As events in their peaceful protests advanced, the Birmingham police heartlessly used dogs and high-velocity jets of water to spray on the protestants, including young children. Television images about the unprofessional police response, drew compassion from some white citizens.  The leader of the police (Connor) was sacked. Even though Luther King got arrested on several occasions, there were changes in Birmingham. Blacks became more accepted; discriminatory laws were abolished.

He was pivotal in the passage of several Civil Rights Acts

Luther King was at the center of the civil rights movement for 13 good years. The goals of the movement were rooted in peaceful struggle for fair systems in employment, schools, public transport, voting and the like. After many years of organizing protests by marching, striking and boycotting, the effects of the civil rights movement began to pay off. Reformed legislation were passed as a response to the cries of injustices. Some of the major legislative breakthroughs include: