How to Deal with Cyberbullying

According to statistics, about 37% of children and teens between 12 and 17 years experienced cyberbullying at least once, with about 30% being targeted more than once. Worryingly, although about 60% of young people were witnesses to such incidents, most would not intervene. 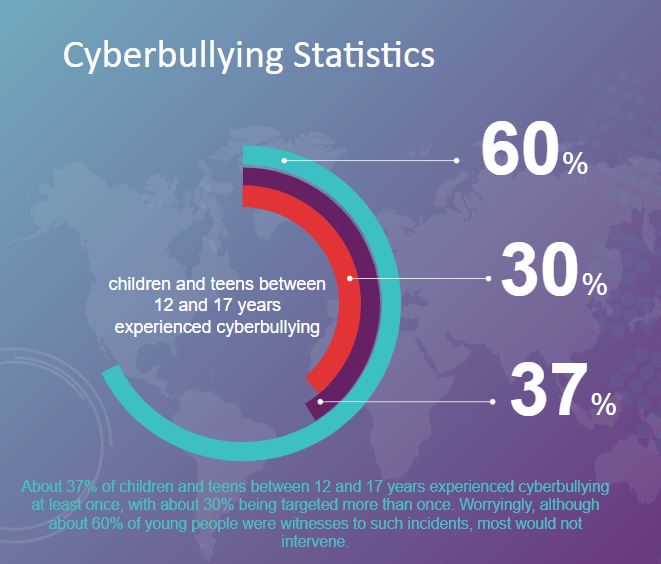 Victims are significantly more likely to cause self-harm or commit suicide, and it is easy to assume this phenomenon is even more destructive when experienced repeatedly and over longer periods. Unfortunately, only 1 in 10 children or teens would report the incident to an adult.

How to Deal with Cyberbullying via SMS or Phone Calls

Virtually any teenager or kids nowadays has a phone – this makes the latter a universal tool for bullying along with the more traditional landline phones. If exposed to incidents of cyberbullying, you should do the following:

How to Deal with Cyberbullying via Messengers

According to statista.com, in March 2019 the top three messengers in the USA by the number of active monthly users were Facebook Messenger - roughly 109 million users, Snapchat - 49 million users, and WhatsApp - 25 million users. Below we show how to block users in each of them.

First, one should know that blocking a person on Facebook is different from blocking on Facebook Messenger so you might need to do both. In 2019, on a device running later versions of Android, this is done as shown below.

Click on the leftmost icon as indicated and a menu will appear from which the “Block” option should be selected. Choosing “Delete” instead of block deletes the contact along with the entire conversation history. 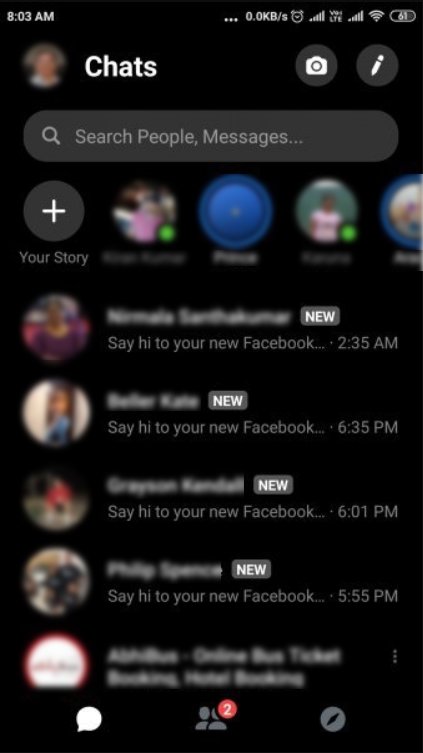 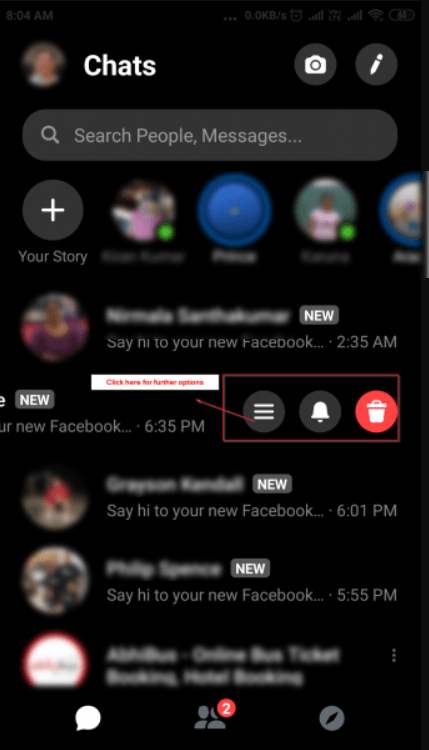 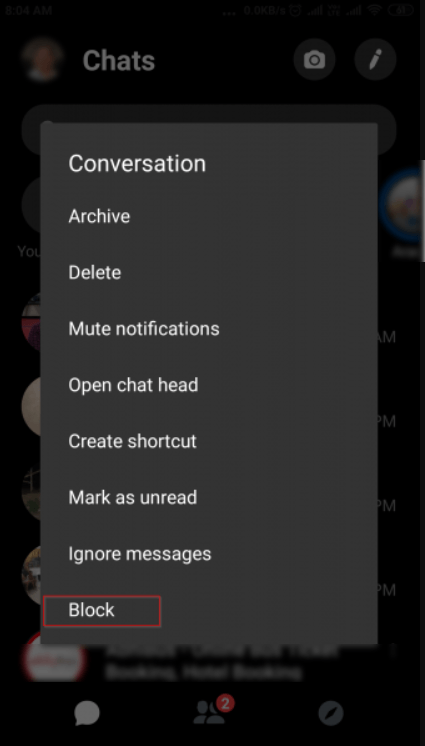 Blocking a contact in Snapchat is fairly similar in both Android and iOS. After signing up, swipe right, to open the Friends screen. 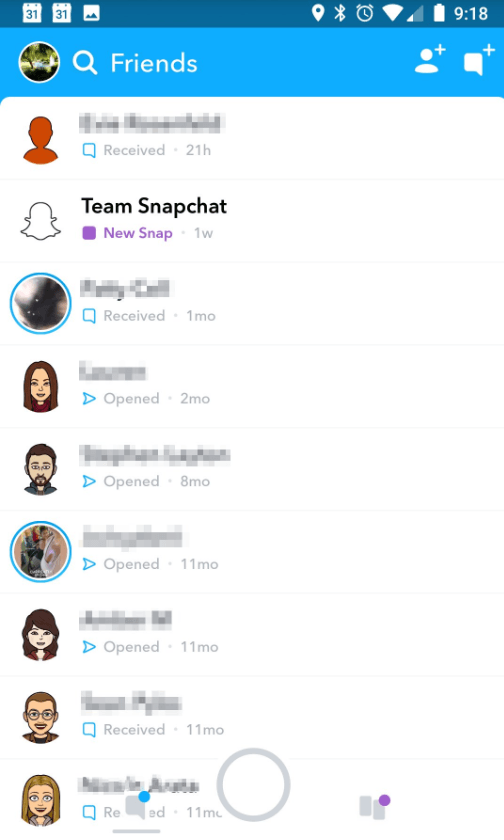 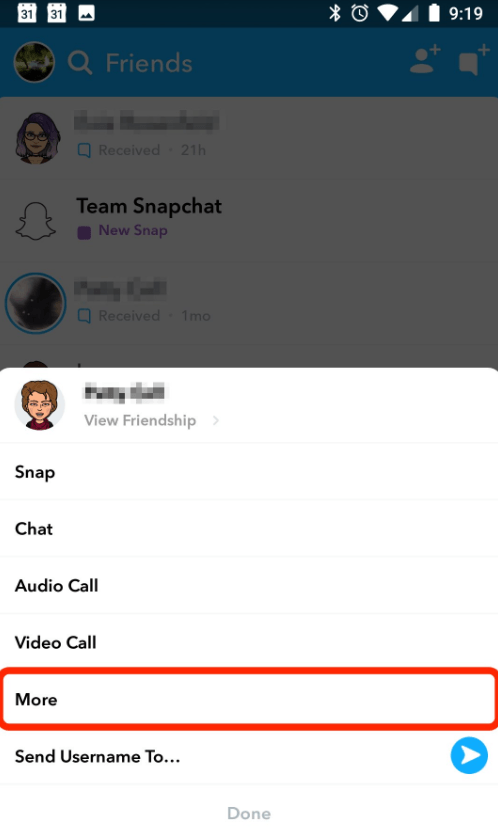 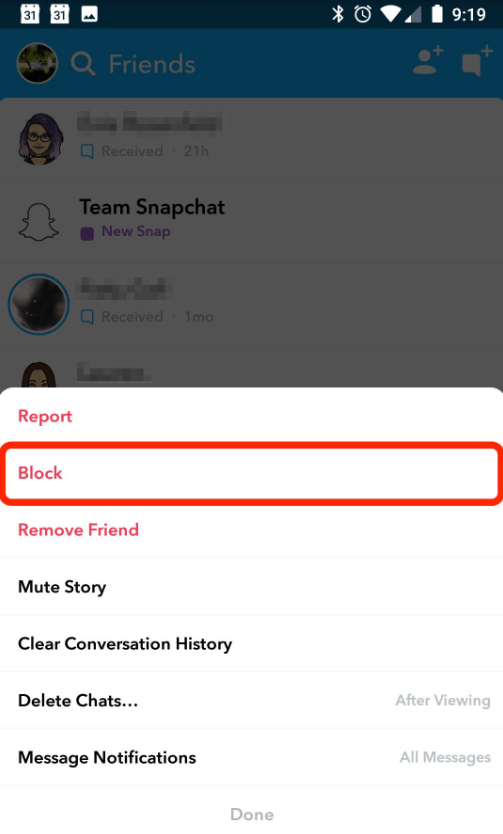 One way to block a contact in WhatsApp on Android is by going to Settings->Account->Privacy-> Blocked Contacts (very similar to how this is done on iOS). 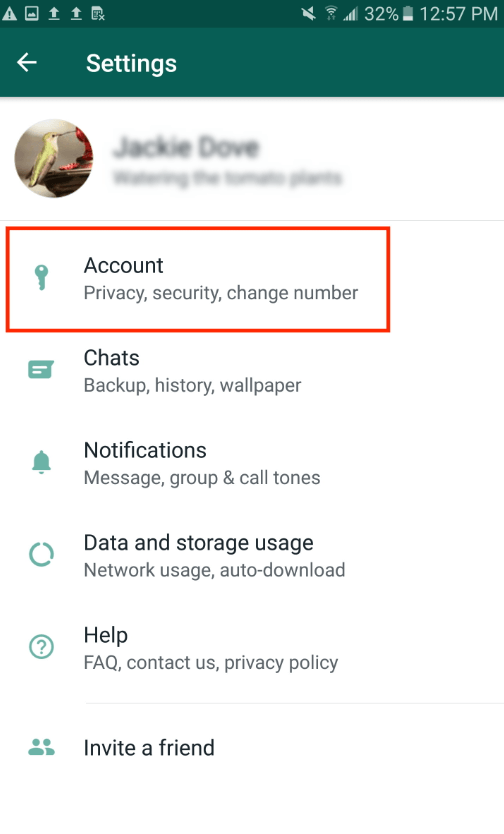 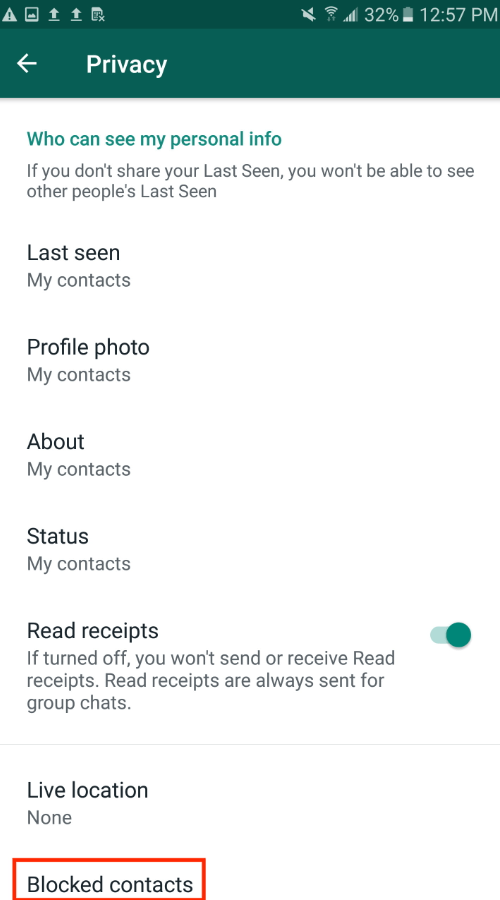 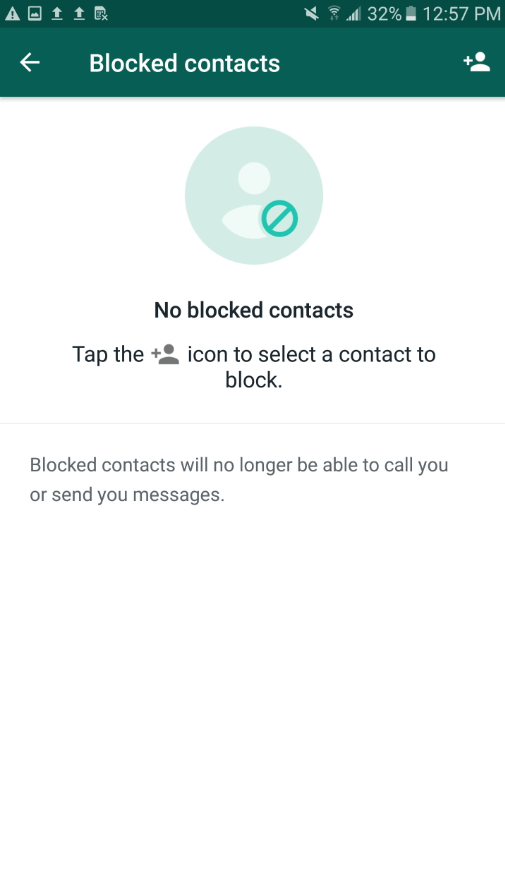 From here, contacts to be blocked can be selected and confirmed.

How to Deal with Cyberbullying via Social Media

One cannot contact Facebook directly but only through the in-built reporting tools. On Facebook, both blocking and reporting can be done by going to the respective profile and clicking on the three dots at the bottom right of the cover photo. Remember that unfriending the person is also an option. 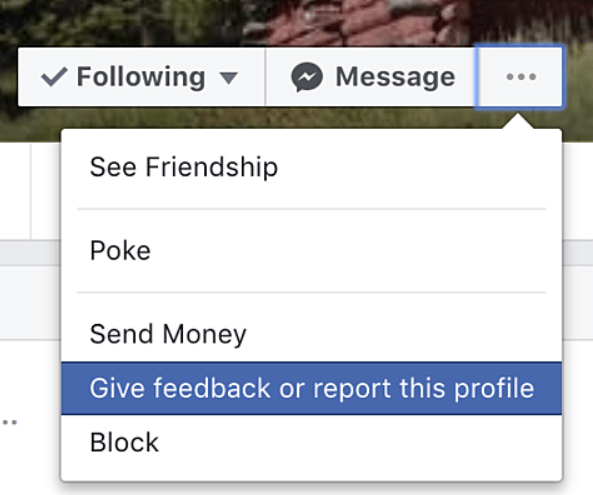 While blocking just needs a simple confirmation, choosing to report someone opens a menu with multiple options as shown below. Bullies might be reported for posting inappropriate things but also for fake accounts or names as they often try to stay anonymous. Groups and pages can also be reported. 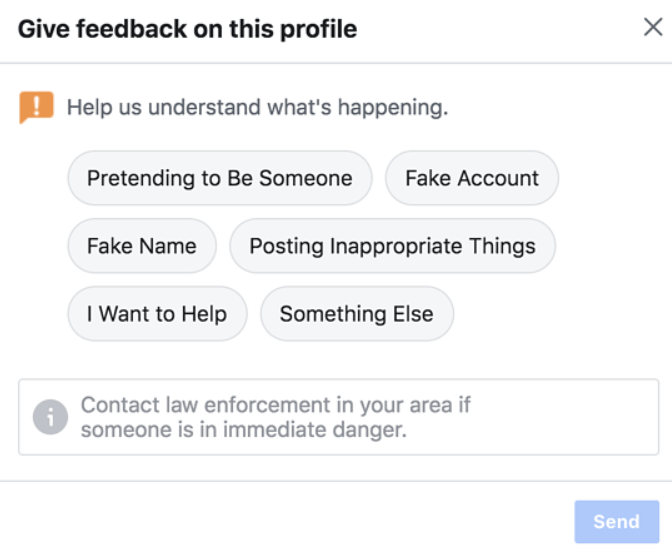 Note that you can also report a Facebook post or comment by clicking on the three dots to the right and choosing “Find Support or Report Post”. A menu opens as shown below. Corresponding choices should be made in this menu, typically, harassment or hate speech. 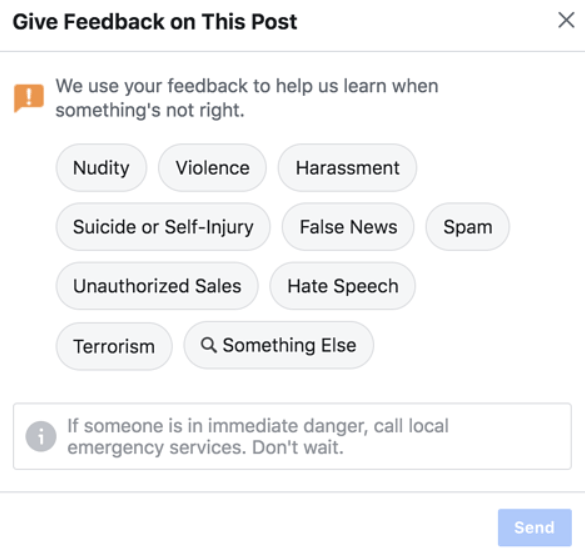 Instagram’s support email is no longer active but on the desktop version, one can report problems from the help center (help.instagram.com) as shown below. 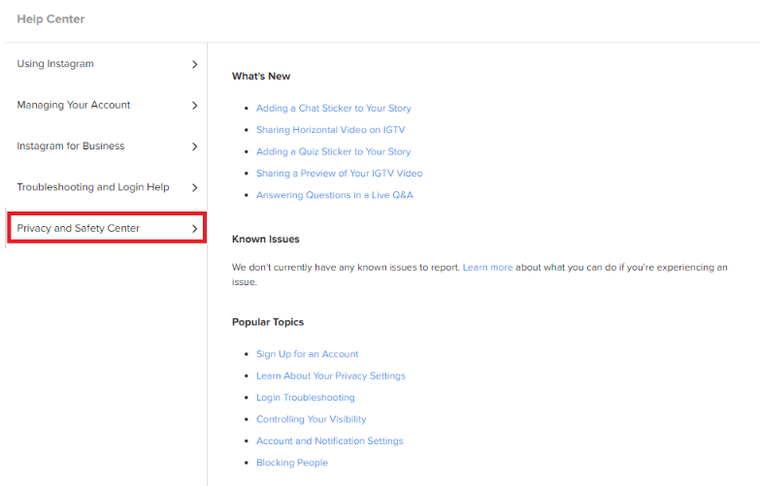 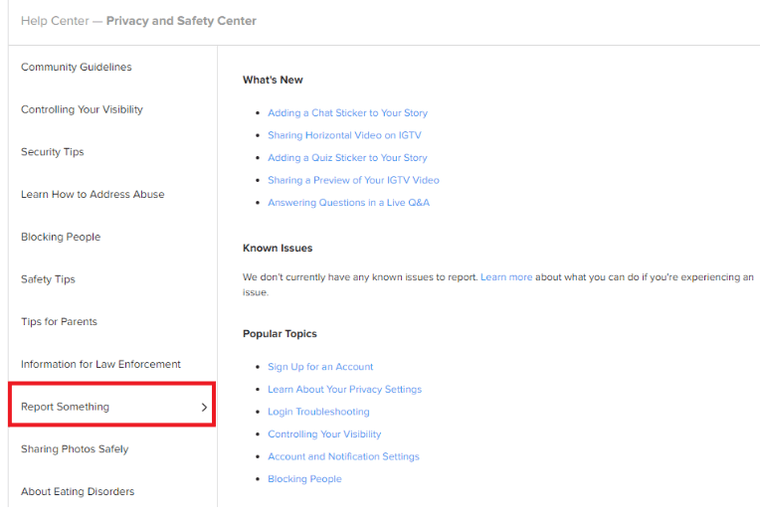 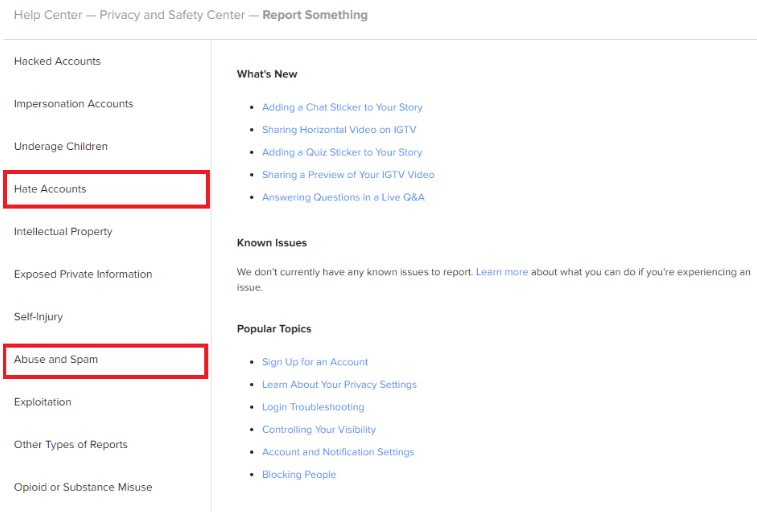 The categories most relevant to bullying have been highlighted above. Next, one needs to follow step by step instructions and provide additional details.

Reach Out to Responsible Entities in School, College, or University or the Police

Unresolved and serious incidents involving bullies should be reported to the responsible people from the corresponding educational institutions. This is important also because cyberbullying is often closely related to in-person bullying. By reporting such incidents, one addresses the aggressor’s behavior and might impact the situation not only for himself or herself but also for all of this aggressor’s victims, both present targets and potential future targets.

Importantly, if there are serious threats or actions involved (such as threats of physical harm or murder, stalking, grave blackmailing, sexual harassment), then contact the police right away. If this is done, take care that you have clear evidence to prove your case. Again, don’t think about such cases as isolated incidents – the truth is the aggressor may always recidivate if he or she is not stopped in time. Given the low rate of reporting by teens and children, as mentioned above, doing this becomes almost a moral duty.

Below are some additional pieces of advice that might prove helpful when confronting cyberbullying:

Below we tried to assemble a step-by-step checklist to follow if being subject to cyberbullying: 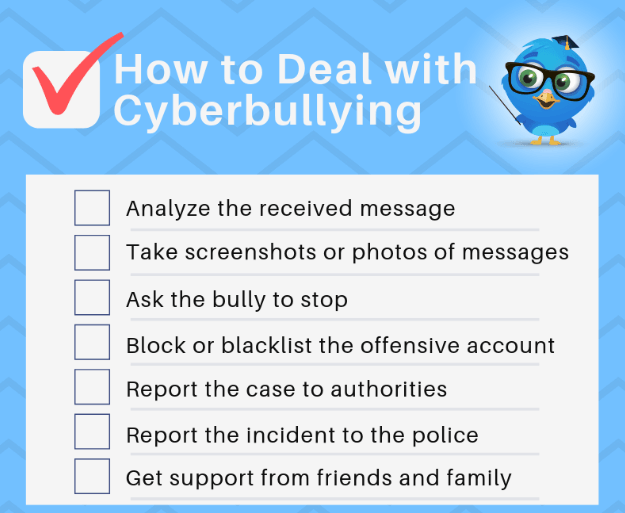 Following these steps allows to respond effectively and prevent or minimize the damage inflicted by the bully. Also note that if you ever witness such cases, your intervention can make a difference, especially considering that so many cases remain undisclosed and many victims suffer in silence.