Students with Psychiatric Disabilities: How to Get Comfort in College

As we all know the educational community is getting more and more diverse. It has all started in 1954 with the Brown vs. Board of Education case when segregated schools have been banned on a federal level. Since then a lot of progressive steps have been made, and as of today almost each and every American has free access to education.

But there are still people being stigmatized when talking about academic endeavors, such as students with psychiatric disabilities.

Disabilities We Deal With

One in five American adults has been reported to suffer from at least the slightest of forms of mental illness, it can be easily precluded that the number of students with psychiatric disabilities is only going to rise. Furthermore, the number of mental illnesses and their types is also rising exponentially as people have been subjected to immense social pressure and bullying at the hands of social networks over the course of the last couple of years.

Basically, there are seven pivotal types of psychiatric disabilities that the college students deal with, and it is important to talk about them. If we want to know to tackle these conditions, we have to learn what it is all about, right? So, let’s hop on to the list of seven pivotal psychiatric disabilities that the American students suffer from.

Anxiety disorder can emerge as a result of any traumatic experience, and this is one of the most widespread mental health issues in the United States. There is a myriad of symptoms associated with it, but the most visible ones are panic attacks and sudden feelings of uncertainty and insecurity.

Depression is a hideous enemy because it is quite reluctant to let the victim know about its presence. It can result, just like anxiety, from any traumatic experience or a chain of events and is eventually leading a person to a full-fledged conflict with the community. Depression is one of the main causative factors of suicide among youths in the United States.

A lot of American students are suffering from drugs or alcohol while in the prime of their lives. It leads them to unexpected outbursts of violence, panic attacks, and depression.

Eating disorders stem from the social stigma put upon plus-size people. As a result, they start starving themselves, ruining their health and eventually entering the phase of depression. An eating disorder might also result from the stress that a person has been subject to due to a chain of unsettling life events.

Bipolar disorder can be classified as a state of mind that envisages marginal mood swings. Thus, a person’s nervous system is being deteriorated, which eventually might lead to one of the personalities that the person is split into wanting to hurt him or herself.

Schizophrenia is all about an abnormal interpretation of reality. It can affect that way people make decisions in the most dramatic of ways.

Autism Spectrum Disorder is a special condition caused by insignificant alternations in a person’s brain development, which eventually affects his or her ability to socialize and communicate. People suffering from ASD can find it hard to work in groups or even deliver a verbal report on a task. 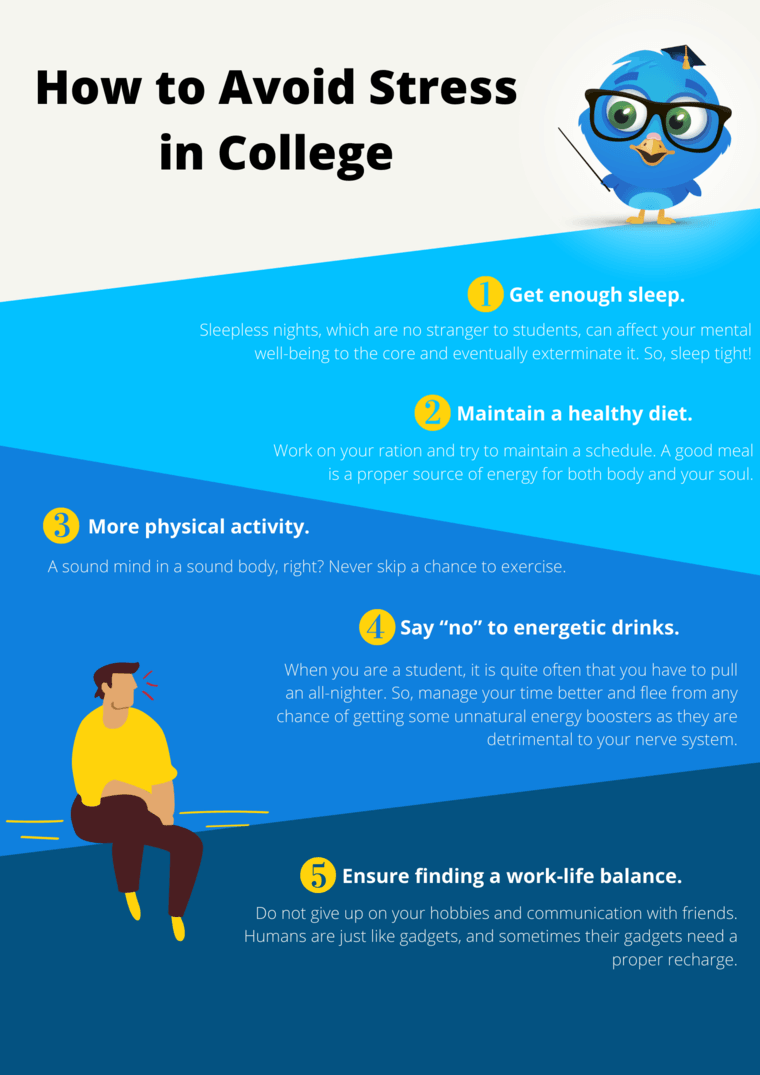 How Colleges Can Help Students with Psychiatric Disabilities?

There is no universal answer to this question. However, there are three pivotal steps that colleges can do in order to help students with mental health disorders to cope with their studying, just like any other student does.

College сouncils and mental health boards provide psychological support to those who are in need. Knowing that there are professionals to talk to is a big relief for the students.

Informational campaign on mental health. It is crucial for students to be informed about psychiatric disabilities.

Finally, the college should keep a record of the students who suffer from psychiatric disabilities in order to aid them in their education process. This mission shall be passed on to the teachers, and you can read more about its implementation below.

Everyone knows that prevention is the best treatment. Hence, the first and foremost tip is to consult a specialist as soon as you feel like you have something to share, something that is pressing down on you with the burden of mental unrest. Still, if you are doing fine and you want to keep it that way, make sure that you follow these rules:

If you require academic assistance, do not be ashamed to ask, 'help me write an essay'. We are all humans and getting tired is a normal thing.

How to Help a Student with Psychiatric Disabilities

Helping a person deal with his or her mental issues is a noble mission. However, it requires a lot of persistence and prowess because the ultimate goal of the process is to make sure that those people feel comfortable and not threatened. So, if you are a teacher or a student with someone who suffers from a psychiatric disability in your class, make sure that you:

As a matter of fact, this list is endless, but it all depends on the type of disorder that the person suffers from. So, the first thing to do if you want to help is to find out what exactly bothers this person.

Without further ado, here will you will find a list of ten resources with links that the students suffering from psychiatric disorders might find useful.

The Anxiety and Depression Association of America: Anxiety and depression are the most widespread mental issues that American students suffer from. This organization starts working with people as young as seven years old in order to deal with the problem of rising depression and anxiety rates in the United States.

Bring Change to Mind: The pivotal problem of mental health issues is a lack of communication. This student-led incentive has been launched in order to make a special emphasis on the importance of the problem.

320 Change Direction: In July 2017, Linkin Park’s lead singer Chester Bennington committed suicide at his house right after the band released their new record. Nobody could have foreseen such a tragic decision. The organization has been founded by Talinda Bennington, Chester’s wife, in order to raise awareness about mental health problems and help those who are in need.

Mentsl Health Scholarships: Edubirdie has prepared for you a list of the most common scholarships for students with mental illness. Here you will find scholarships for people with depression, anxiety, substance addiction, eating & mood disorders, ADHD, bipolar disorder, PTSD.

Peer-to-Peer Depression Awareness Campaign: The biggest problem with depression is that it is not traceable. Sometimes, even the victims do not realize that they suffer from depression. This program has been created in order to let people talk about their problems before it is not too late.

LEADS: The Linking Education and Awareness of Depression and Suicide incentive is there for high school and college students who would like to increase awareness about the issue in their communities.

Safe and Drug-Free Schools: Drugs are among the pivotal causative factors of psychiatric disabilities. This program has started as an incentive to take drugs off the schools’ premises and colleges’ campuses in Preston County, Virginia.

Resources for Disabled Students: Edubirdie have compiled for you a list of resources for disabled students.

American Counseling Association: This organization exists for the sake of coordinating the work of schools and colleges all around the United States in terms of students’ mental health.

Child Trauma: This organization serves the noble cause of preventing the children from the group of risk from being traumatized both mentally and physically.

SMART: The SMART Recovery Teen & Youth Support Program helps children and youths with addiction to get over the darkest phases of their lives and get rid of their addictions.

We are living a hectic life. It is very important to keep in mind how difficult it can be for people with psychiatric disorders to cope with the pace of the modern world. American colleges and special organizations are always ready to help students with psychiatric disabilities to get through the academic agenda with honor and grace.

There is nothing wrong with suffering from a psychiatric disability. Mental health impairments are nothing to be ashamed of but rather something to face. There are many organizations and resources in the United States that are ready to help those in need of mental and psychiatric support.