Student Activism: Being Active Pays Off

Students have always been the most active, and many communities are making a move for global changes. Young people perceive such social vices as injustice, inequality, deceit, and duplicity with the maximum passion and urge to make a change for the better. They are easily sparked flame, which signals about the most relevant issues in times of their most intensive outbreaks. Student activity can be traced back for hundreds of years, and its significant accomplishments are yet to come. So how old student activism actually is? 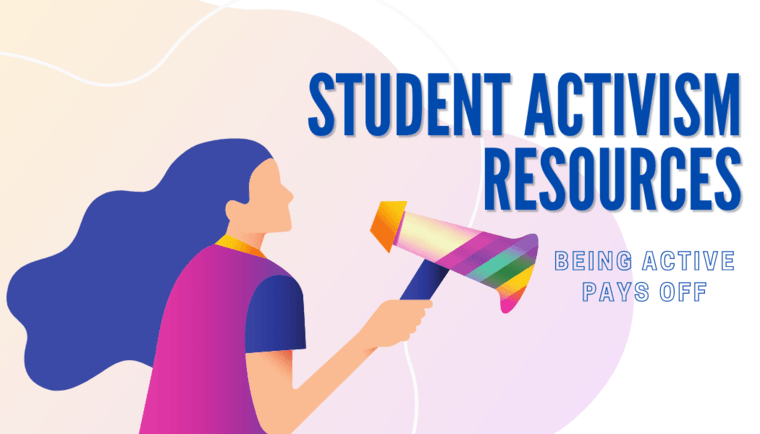 Although it may occasionally seem that student activism is a notion of the 21 century, recalling Gretta Thunberg and Black Lives Matter movement, it has its roots much deeper in history.

Since the arrival of the 1800s, individual students stood up for such matters as women’s rights, improved working conditions, and the abolition of slavery. The community was not yet created. With the spread of more compulsory education, students protested against their minor voice in college and university administrative life. They were in during the 60s, demonstrating for equality and adequate civil rights for every American, drawing the public eye to the cruelty of the Vietnam war and severe environmental issues. Student movements fought and kept fighting for the LGBTQ community, the position of immigrants, and fair elections.

2020 has also proved to be an exceptional year for student activism. New York Times states that students or people under 35 were the largest group taking part in demonstrations during this year. So why do students take action? There’s no better way to explain, other than by quoting.

Anyone who decides to join the student activist movement definitely has got a clear reason. And however hated some demonstrations may be, they will continue, as each time they prove their practical power and efficiency.

More Than One Way to Make a Change

Student activism is not limited to protests or demonstrations. It can take many more significant forms, like extra education, legislation research, social media campaigns, and some others. Let’s dig into them a bit deeper.

It concerns not only doing research about the issue yourself but also educating others to expand the importance of your discoveries.

Learn about the impact of certain legislative acts, its historical causes, and controversial sides to make some real legal changes.

Social media platforms are the primary tools for student movements to keep hundreds of people engaged in acute issues by posting recent updates and action plans.

By raising money for a cause, student activism enters a new level of practical power, where auctions, concerts, expositions not only draw public attention but contribute financially to the upraised problem.

Writing a letter to your local representatives/companies or to people who can help activists make a change is an old but gold option, which goes hand in hand with any other activist method.

If the activist community is concerned about local social issues, they might take action in providing free social services to the needy.

Social media are great, but the press is at times much more powerful because it has tighter bonds with authorities who are the ones to implement the demand changes.

Going out to the streets or crowding college campuses with banners stirs up the emotional unity of students, strengthens the sense of community and symbolism.

Boycotting is another type of protesting if the issue has been heard of, but deliberately ignored by those who are responsible for that. This usually has an effect because institutions with boycotts in it began to function improperly, causing disbalance.

These are the most obvious ways of showing students’ active social position by bringing their academic responsibilities to the background while fighting for more serious matters.

Activism doesn’t depend on the circumstances of geography, it can be found everywhere, in our daily lives as soon as a person decides to stop turning a blind eye on issues that need improvement.

How To Make The First Step As an Activist

Student activism is not something inborn. It is formed by society, full of injustice, and may be encouraged by parents and teachers. Having their support, it’s easier to navigate in the field of activism. But even without it, there’re plenty of resources where one can find an algorithm for bringing your thoughts into action. So what does the algorithm look like?

This is the easiest step to take. If you’re thinking about showing your active social position, you are sure to have a certain issue in mind. Whether it is recycling, women’s rights, or racial injustice, it must be something you’re extremely enthusiastic about. Even if you have to guess about how you can change it, passion and willingness will cover this information gap.

Before going out on demonstrations, it’s vital to make thorough research on the problem. This will not only break some shallow cliches and stereotypes but also provide you with accurate data, origins, legislative background. Being active in the issue you’re trying to enhance also means being ready to oppose, and this is where savviness comes in handy. It makes you more credible and empowered to organize and lead a community of like-minded people.

Actions can’t be successful if not united by a straightforward goal. Moreover, it must be divided into smaller ones to see the progress and draw motivation from it. Any activist movement should have a practical aim. It may range from simply being publicly heard to suggesting a program for local or national authorities or raising money. Whatever the goal may be, remember to keep it real, free of idealizations, otherwise, you’re likely to lose inspiration, seeing that the aim is far too distant.

Sometimes people think that they are too powerless to make a change. And that’s true. But they forget about the power of unity. Gathering like-minded people around you is the most valuable resource one might gain. Start from your college campus, you’ll be surprised how not alone you are. And later the community will make its thing. The number of personal resources,a firm base for any student movement.

The plan is an essential part of any action. It outlines not only certain tasks to be completed on the way to the primary goal, but also divides the responsibilities among the community members. Work can be efficient, provided that everyone knows and is satisfied with one’s role, which is suitable for his major strengths and potentials. Some people even go that far as to pay to write a paper for their academic institutions just to free up some time for planning. A plan should be precise and detailed, inspiring, and solid. Although it should be created by a narrow activists’ circle, there always has to be room for democratic adjustments.

Once each of the above-mentioned steps is completed, nothing keeps you from making a move. Start off by organizing discussion clubs, bringing wide public attention to the issue. Try to get in touch with famous people or other activists to deliver a speech or suggest a collaboration. There’re various ways to get it started, the key thing is to stay determined to the cause.

Resources for Student Activism by Cause

Each acute social issue is sure to have several resources students can turn to for getting prepared before taking any steps.

We live in an age, where the level of progress doesn’t stop the number of issues we face. Student activism is the main power that tries to keep them out of our lives. In this regard, the prime duty of any parent or college teacher is to encourage and bring up pure activists that our world will be able to rely on.