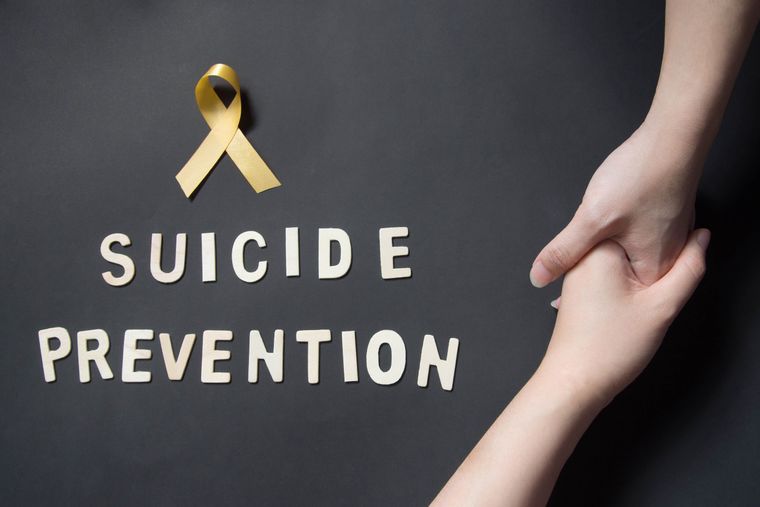 American Psychological Association reports the worrying trend of increasing suicide rates during the last two decades: in 2018, suicide rate reached 14 per 100.000 people and the most terrifying thing is that this cause of death is the second leading one among people aged 10 to 34. Thus, students are at high risk of suicide and it is not only the high level of stress that leads to depression and suicidal thoughts but also such factors as childhood abuse, interpersonal conflicts, mental and substance use disorders. Good thing is that suicide is preventable and those who need help have opportunities to receive it.

National Suicide Prevention Lifeline informs about warning signs that everybody must be aware of and respond appropriately and in a timely manner in case of need:

Reputable official organizations in countries all over the world, such as Health and Wellbeing department of Queensland Government in Australia, National Institute of Mental Health in the U.S., or the official website of the Government of British Columbia in Canada remind that this is a global problem and knowing what risk factors can lead a person to suicidal attempt may help to save someone’s life:

How to Help A Person Who Shows Suicidal Signs? What You Should and Shouldn't Do?

According to the suicide prevention guide suggested by the National Institute of Mental Health, there are five obligatory steps if you want to do your best to save a person from suicide.

How to Help Yourself?

Multiple official resources such as the National Suicide Prevention Lifeline or Mental Health Foundation of New Zealand suggest some universal steps that can help you to cope with suicidal thoughts.

If you feel that the situation is critical and you face a serious crisis, do the following:

Pay more attention to self-care during stressful and difficult periods in your life as these simple things do matter:

Useful Resources for Students in the U.S.

National Suicide Prevention Lifeline provides 24/7 phone counseling service for everybody in need throughout the U.S. People in crisis may just call 1-800-273-8255. Lifeline’s website also provides useful information to know more about the problem.

Suicide Prevention Resource Center provides training, information, and consultations dedicated to suicide prevention throughout all states and in multiple organizations, including colleges, universities, and healthcare settings. This resource center is the only one that is federally funded, thus, it possesses more tools and resources to save people.

Your Life Counts! is a non-profit charitable organization with federal registration that possesses an emergency hotline number and resource center with suicide-related information. What is more, its global community is divided into separate groups for people with similar issues to find the most relevant help easier. Whether you suffer from loss, being discouraged by the system, or just belong to a high suicide risk group, you will always find relevant help and stories of people who overcame a similar problem.

Yellow Ribbon Suicide Prevention Program is dedicated to suicide prevention specifically among teens and youth. The main aim of this community is to cooperate with both local and federal resources in order to develop properly working programs oriented on suicide prevention.

American Foundation for Suicide Prevention (AFSP) is the health organization that works on a voluntary basis and not only educates people about suicide prevention but also funds related scientific research and advocates for the development of effective public policies to prevent further suicide rates growth. AFSP is represented in all 50 states.

National Alliance on Mental Illness (NAMI) unites more than 500 affiliates across the country who work hard to provide support, necessary education, and raise awareness about mental illness that often leads to suicide. Those in need may contact the NAMI Helpline at 1-888- 264-7972, however, this is not a crisis helpline as it does not work 24/7 and provides only general information about mental illnesses and relevant services. NAMI also sponsors multiple training events that advocate for raising awareness.

The Federal Health Program for American Indians and Alaska Natives created specific suicide prevention and care program that protects these vulnerable groups of youth and young adults since they are more prone to mental health disorders and substance abuse, and, consequently, face a higher risk of suicide. This program provides culturally appropriate information for both youth and parents.

Substance Abuse and Mental Health Services Administration as part of the U.S. Department of Health and Human Services is working on raising awareness about the negative impact of substance abuse problems and mental illness and their role in suicide rates’ growth.

IMAlive is the first online crisis network and center that provides virtual help to people who think about suicide. This center uses an innovative approach since they use instant messaging as the main communication channel instead of phone calls.

Role of School, Parents, And Friends in Suicide Prevention

The major role of family and school environment, as well as good friendship, is serving as the protective factor. The likelihood of self-harm is decreased if parents, friends, and teachers cultivate the following aspects and feelings in a student:

Academic life can bring a lot of stress into a student's life. Custom research paper writing services might be a temporary solution to let a student put themselves together. Simple help with writing an essay or one extra day off school can make a huge difference.

These misconceptions might be extremely dangerous and even prevent one from saving the life of another person despite the fact that suicide signs are clear.

Anyone may face a risk of suicide but irreversible harm can be avoided just by initiating conversation and providing simple but important help to people in need. There are multiple services all over the world that support individuals in crisis and the provided list of sources proves it.