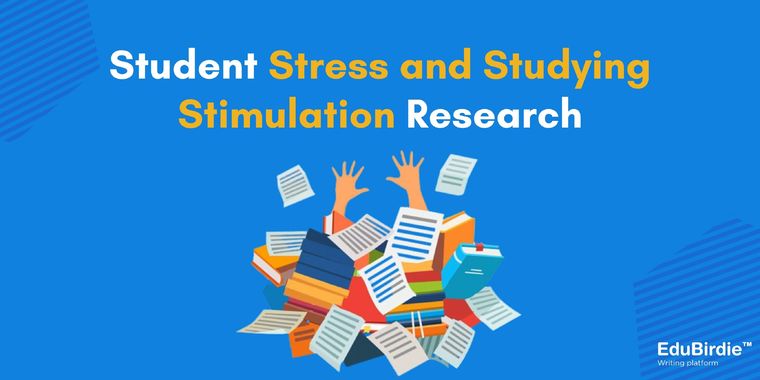 The beginning of the school year is often accompanied by the onset of the annual learning stress. Anxiety, lack of concentration, sleep deprivation. It's no secret that students are one of the most busy people, often combining their studies and work on their future with hundreds of household chores, family, work, etc.

For us, this research began as a simple desire to know what students do to cope with overwhelming academic work and how much it helps them. Starting with a small survey, we later realized that this topic is much wider than it might seem at first glance. The answers varied so much depending on the direction, major, and even region that we had to change our approach. We decided to jump deep into the topic and determine which academic areas provide the most stressful assignments for their students, what means these students are forced to use to cope with their load, and how effective these means actually are.

How Did We Test It?

Each major investigated included 3 main stages of the study:

The sample for each major was in between 197-203 students.

The measurements took place over a 1 hour training session. All data are averaged to ensure the accuracy of the results and the absence of anomalies.

It implies uniform use throughout the entire period of the study (4 hours). The experiment took place under medical supervision.

Disclaimer:
We are by no means encouraging students to use stimulants. EduBirdie stands for a responsible approach to education and does not approve any forbidden substances. All the provided data was gathered for scientific and entertaining purposes only.

Our definite winner (if we can call that a win) is Nursing.

Surveyed students showed an average sleep level of 5.3 hours a day during peak periods of academic work. 72% stated studying as the reason, 21% worried about tests or important papers. 42% of those surveyed admitted using stimulants to maintain their focus or fight sleepiness. 9% of them indicated that they used drugs, 24% alcohol, 67% caffeine-based drinks.

On average, the BMP level among the tested students in the nursing sphere increased by 31.4% when working on their assignments within an hour.

Not far behind Mechanical Engineering with an average sleep rate of 5.7 hours. Students here were slightly less inclined to use stimulants (only 35%). But the average BPM per hour of work increased by 34.2%.

The remaining places in the top most stressful college majors were occupied by Architecture, Biology and Journalism.

Measuring the heart rate changes, we noticed that some majors were causing short-term abnormal peaks during certain tasks. Students were stressed when faced with difficult questions. We decided to measure the number of such peaks for all majors to understand which of them include the most grueling tasks.

The largest number of stressful tasks was recorded in Biochemistry, with an average of 6 75% or more jumps in BMP during 4 hours of work.

Right behind them was Law and Geology with an average of 5 peaks.

The third place was taken by Statistics, Medicine and History.

The Use of Stimulants among Students

Studying the problem of high stress in colleges with our survey, we realized that many students are forced to use various stimulants to stay in shape during their greatest academic workload.

We wanted to know what exactly the students use, and how much it really helps them improve their short-term effectiveness.

In general, across the entire sample of surveyed students, 31.3% admitted that they used stimulants at least once to maintain their activity during the educational process. 11.2% said that at least once they came to practical classes after using alcohol or drugs due to a heavy load. 2.6% openly said that academic stress caused them to use drugs at least once. These results also differed for different majors, indicating that some students use different means. Our effectiveness tests were meant to show this difference.

Note: Even though stimulants show an increase in learning productivity in a 4 hour period, it’s long-term usage is not recommended. Drugs and unprescripted medications can be addictive and dangerous for your health.