Genius Baby Names. The Smartest Names in the World 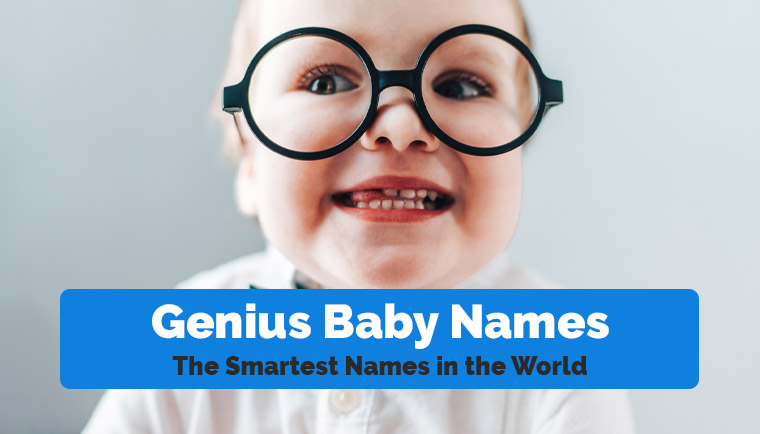 We all have big hopes for our children when they are born, whether we’re hoping that they become a doctor, an astronaut, or a teacher who could help the rest of us to do our homework.

While parents do whatever they can to support their children to reach their dreams, could their name choices have just as big an impact as where they go to school and how they spend their free time?

We wanted to find out if there are some names that are more likely to be given to geniuses so you can set your child up for success from the moment they’re born.

The Most Common Genius Names for Boys

We looked at a number of lists including individuals who are members of MENSA, Nobel Prize winners, and notable scientists. This gave us a list of over 900 individuals who can be considered geniuses with no need to look for academic ghostwriting help during their university years.

Looking at the boys' names, John tops the list of most common names for geniuses. Genius Johns includes philosopher and physician, John Locke who is known as the “Father of Liberalism”. 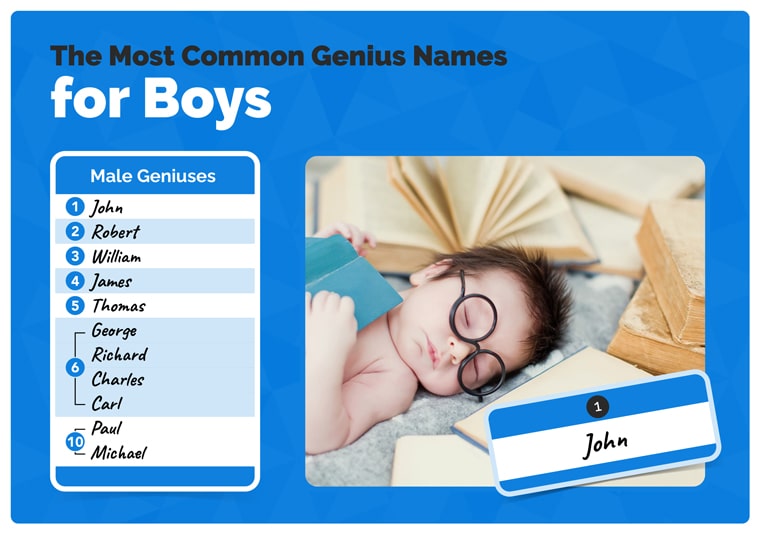 The Most Common Genius Names for Girls

While the number of women on our list was considerably smaller than the number of men, there are still some particularly notable names to be found.

With Marie topping the list of genius girls’ names, the most well-known Marie must be the physicist and chemist, Marie Curie who was a pioneer in the field of radioactivity. She broke through the glass ceiling of the scientific community, being the first woman to win a Nobel Prize, the first person and only woman to win the prize twice, the only person ever to win the prize in two scientific fields, and the first woman to become a professor at the University of Paris. 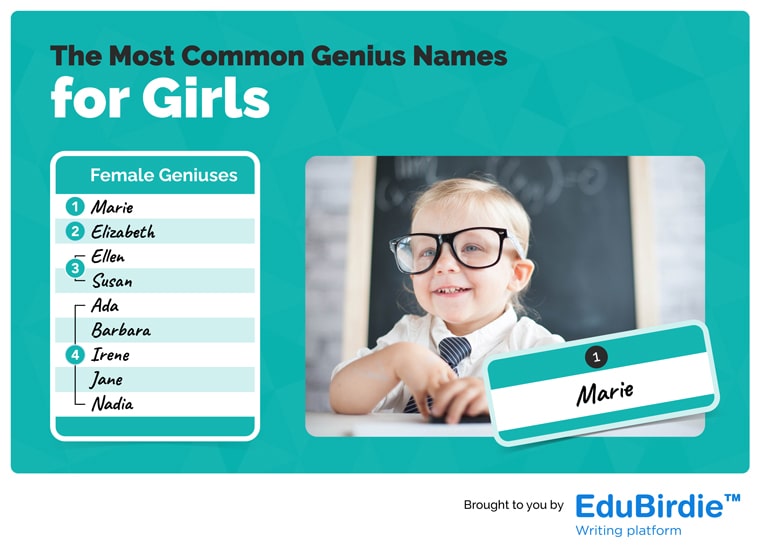 We used lists of Mensans, Nobel Prize winners, notable scientists and individuals known for their intelligence from a range of sources. This gave us a list of 921 individuals in total.

We then counted each instance of the first names in order to find out the most popular names given to geniuses. Names were then grouped with alternative spellings and shortenings. This means that the name Bill was included in the total count for the name William, and Tom included in the count for Thomas.