Welcome back to EduBirdie

Party like a movie character! How much does it cost to throw a party from our favorite movies?

With vaccination ongoing and limitation slowly lifting off, one thing that often comes to mind is, ‘when can I get all my friends together and throw a decent party?’ Similar questions have been bothering all of us for a year now. To be fully prepared, we decided to bring back some old memories and to calculate how much it would cost to throw the same party as our favorite movie characters. We have analyzed and assessed the costs and damage caused by the heroes of the “party classic” movies.

We used the services of a professional event agency and consulted with sellers and legal specialists to estimate the cost of each specified expense item as accurately as possible. Location factors, specific brand prices, service policies, and inflation were taken into account for all the stated numbers. To determine the non-fixed legal fees, average nubrems for the specific charges in the movie region were used. All figures shown are approximate and based on the events shown in the indicated films.

An epic ride of four guys before one of them gets married. A bachelor party that turned into the adventure of the century and became the basis for two sequels. Many probably wondered how much the four spent and how much such a crazy trip cost them.

If you want to repeat it, be prepared. Such an adventure is not cheap. Even being not yet hungover, it all starts in a big way. A night at the Caesars Palace villa suite (which turned into two nights later on) has become a significant expense line. But the guys were just getting their speed. Broken Mercedes, destroyed bus stop, over $10 000 spent on bets. Not to mention the $80 000 ransom for Doug. So, see for yourself.

Three friends and a 21st birthday. ‘Just one beer’ in the bar turns into a quest to get the best friend home before the morning interview. Many remember the story of Jeff Chang and still feel his fun adventures and transformation.

Spending time as heroes from 21 & Over would not be too expensive if not for all the damage to other people's property. It all started when Jeff went to emptying himself in every possible way right on people during their bar tour. A dozen angry people and a bunch of spoiled clothes. He probably would have to pay for it in the end. The guys did not stop there, only gaining momentum and making their party more expensive by the minute. Broken door, destroyed flower bed, shooting in the middle of the campus. The most expensive decisions are closing the night and our list: 6 demolished parking meters and a broken suspension of Randy’s SUV. 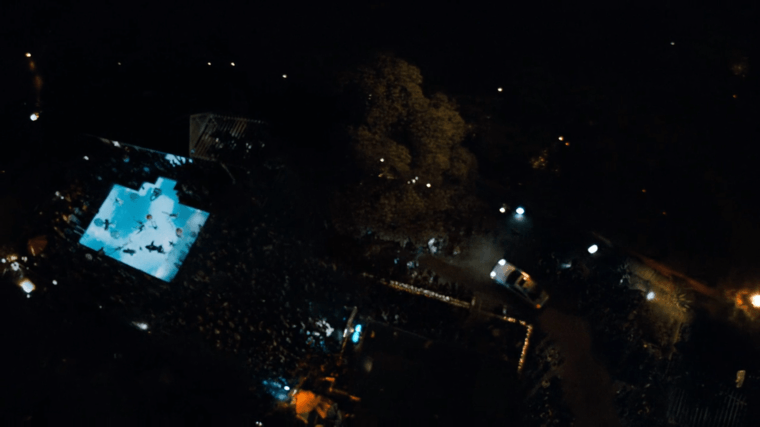 The most epic party of all time as Costa called it. And this is absolutely true. The scale of this party is just unimaginable, even considering that the movie is based on true events. The film made such a great impact on the party life that some even tried to reproduce it after the release. There are even known cases of police dispersing thousands of people heading to such parties in order to prevent a riot. But how much did such a party cost and how much damage did it do?

The main costs were surely the damage to the surrounding property, in particular houses and cars. More than 2 thousand people who almost grew into a riot could not help but leave behind a colossal destruction. Even the costs of their alcohol and food fade in comparison. Also, do not forget about all the administrative fines on the organizer and participants of such a party. 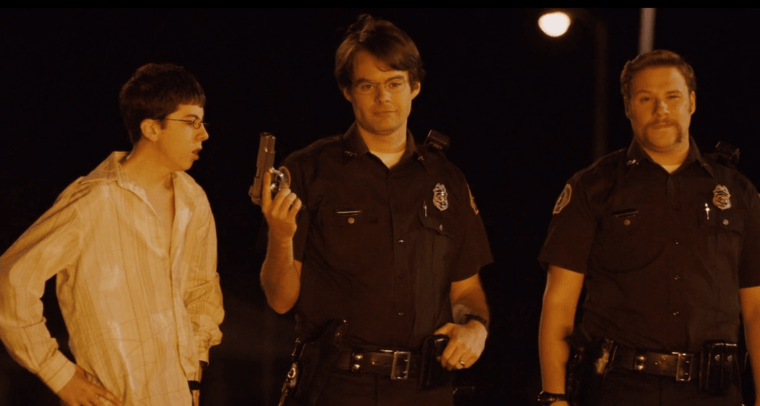 Another icon of high school parties. The awesomeness and adventures of McLOVIN and his friends are unlikely to ever be forgotten. Most of the action takes place right before the party in an attempt to get some alcohol. But the stories heroes get involved in can be called a party on its own. And we wouldn’t call it just a party.

In fact the heroes dealt a lot of damage throughout the movie, including gunfire in the middle of the city, smashing in a bar, and a burned police car, but none of these actions were tied to them thanks to McLOVIN's inimitable charm. He and two friendly police officers brought havoc around the city, but still went unpunished thanks to their ingenuity. As a result, apart from the $100 initially spent on alcohol, the guys didn't lose a dime.

The parties of Fitzgerald's protagonist got into the souls of many fans of both the film and the book. The hero himself, played by Leo DiCaprio, has become the face of many memes and the embodiment of high society parties. Themed parties in the format of this movie are still popular, but how much did the real one cost for the owner himself?

Unlike previous films, the price of a gatsby party is formed not because of the negligence of the characters and the damage caused, but because of its scope and high cost. Best artists, musicians, top-notch acrobats, and all kinds of entertainment. Gatsby spared nothing for his guests. The main aspect of expenses for such a party is definitely food and drinks in huge quantities and excellent quality.

While doing our research, we watched and studied other films that did not make our final list. We decided not to write out their detailed budgets, because we did not find them very interesting, but we still want to share them in order to evoke pleasant memories for our readers.