Students and exams always go hand in hand. Is there any exam that comes without stress, long preparation, fear and a good share of luck? EduBirdie decided to find out what is so unusual that students can do in order to turn the tide of luck in their favor. We conducted a survey to understand and get insight into the most unusual and interesting student rituals.

Data used for this study was collected in May 2022 via a cross-sectional, online survey of individuals enrolled or previously enrolled for higher education in the US aged 16-54 years. Total of 1,211 people were surveyed.The weighted sample is 52.1% female, 47.8% male.

By rituals we mean something unusual students might do to bring them luck during their exam or important lesson. Like screaming down their professor's name at midnight or wearing a lucky pair of trousers underneath the regular ones.

My Ritual, My Luck 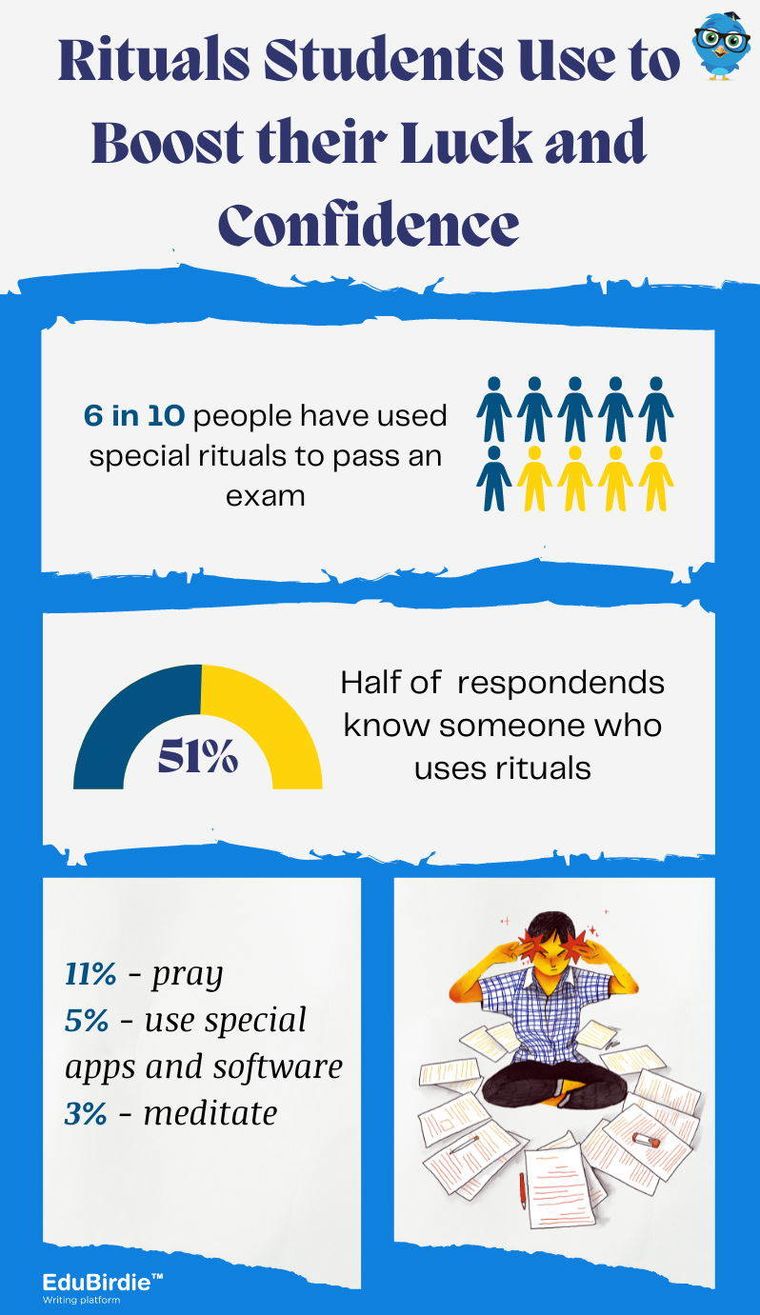 The study showed that rituals are an integral part of the student community. 56% of students indicated that they have ever done something strange or had an unusual student ritual before an exam in order to increase their chances of passing or simply to set themselves up in the right mood. 11% have never tried anything ritual-like but plan to do so in the future.

The biggest student ritual masters turned out to be old millennials, namely the group of 34-44 years old. 81% of the students or former students of this age answered that they had ever tried something. Generation Z stands right behind them. 70% of students aged 16-18 said that they tried some ritual to bring them luck during the exam. Among the main group of university students aged 18-24, this indicator is kept at an average level of 53%

In addition to unusual rituals, we also learned that 11% of students pray before exams and another 3% practice meditation or breathing exercises to boost their confidence.

Rituals, are They That Common

We wanted to know how common the rituals are in different colleges and how aware the students are of other practitioners of the same oddities. The result surprised us in many ways. 51% of those surveyed said they know someone who has ever tried a student ritual before an exam. This percentage is less than the number of students who practiced rituals in the first place. It most likely means that many do not share their ways and secrets, preferring to keep their rituals and approaches to themselves.

Speaking about the colleges themselves, only 25% have their own special rituals. In other cases, students use general trends and tendencies and resort to rituals that can be applied to any university.

Where Do They Get It From? 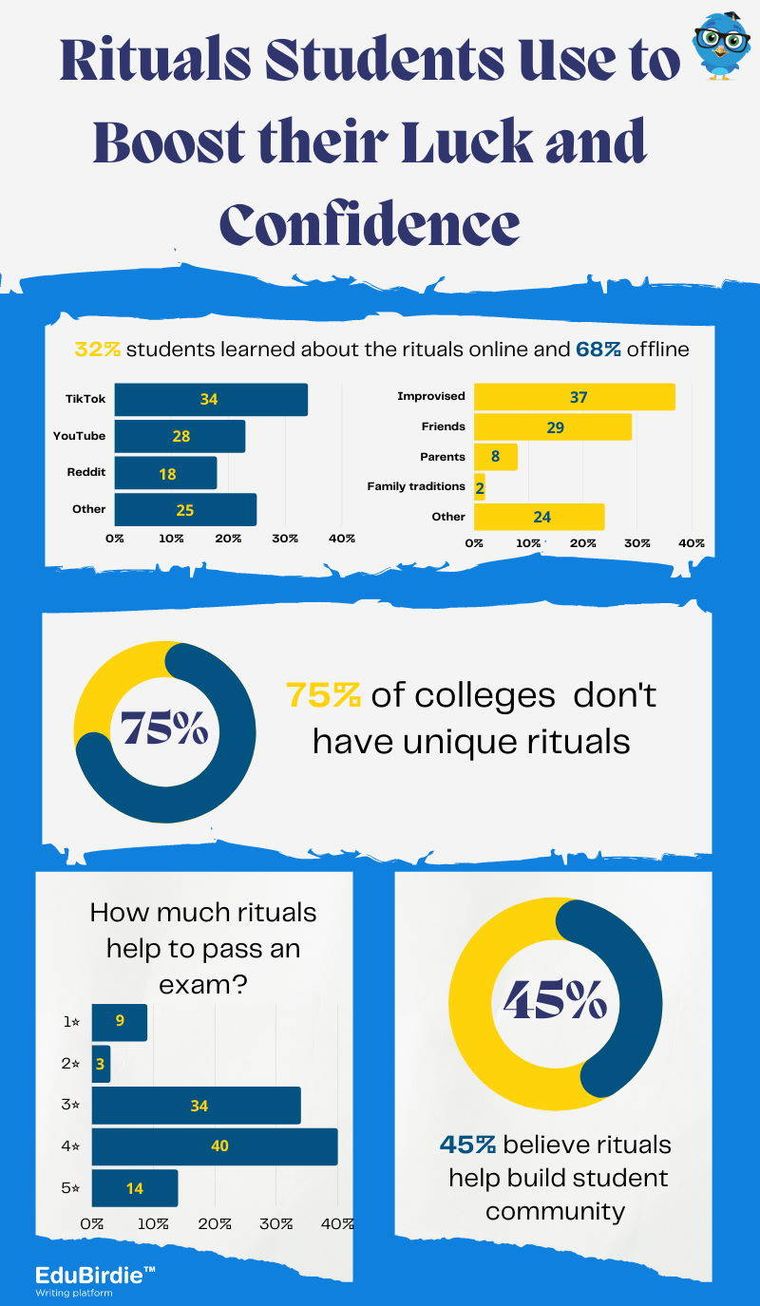 We tried to find out where exactly students learn about all kinds of rituals and how this information is shared among their community. 32% said they learned about the rituals online, with 68% coming from other sources.

Among the online sources, 34% specifically stated TikTok as a source, while 23% referred to YouTube. 18% found information about their rituals on Reddit.

Talking about other and offline sources, 37% said that their rituals were improvised and created on their own, like having a lucky pair of socks or sitting in a specific place in the classroom. Friends were in second place with 29% and parents with 8% respectively.

2% noted their families having their own family traditions and rituals connected with exams like having a dinner together or spending the night before an exam at the parents’ house.

In order to evaluate the importance of rituals for students individually and for the student community as a whole, we asked the respondents to answer several questions. We asked how useful students find the rituals, even if for the simple purpose of setting them in the right set of mind. 54% answered that the rituals are beneficial in one way or another. Another 34% noted that they see little benefit in student rituals. 12% find student rituals useless.

When we asked whether such rituals help build or condense the student community, 45% answered yes. 33% could not give a definite answer, and only 22% believe that the rituals have no impact on building a student community. All university students work hard for academic performance so no wonder you may need assistance at some point. Our professional team is here when you need to buy an assignment online!

The Most Common and The Most Unusual to Top Them All

We have studied the responses and descriptions of the students' rituals in detail to select the most unusual among them, but also to highlight the timeless classics that almost any student has encountered.

Kiss a Horse to Boost Your Scores 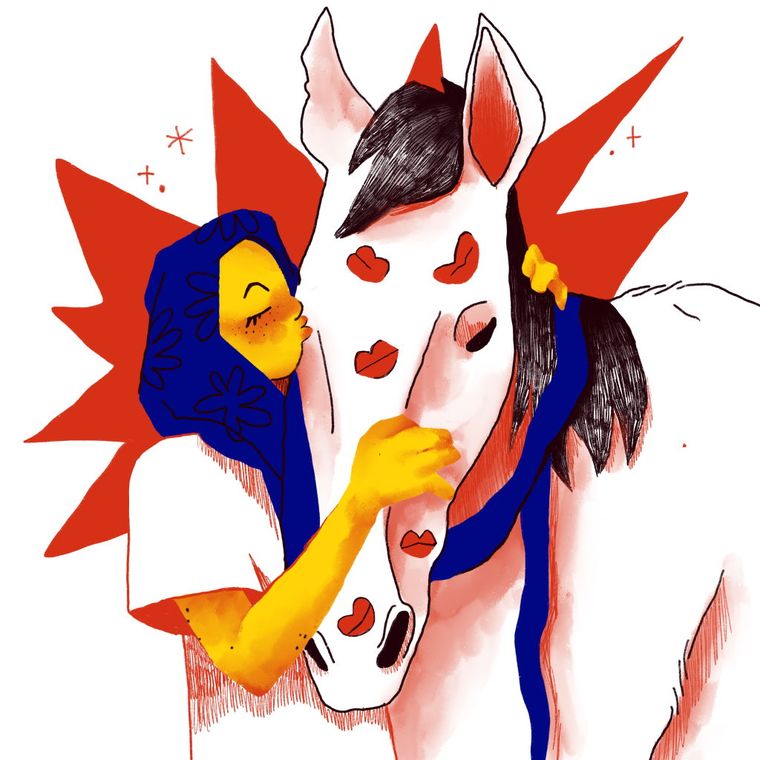 Most universities or student communities have their own talismans, lucky animals or special places. So students of one of the universities we studied, as a ritual to attract good luck, perform an act of courtesy with a university animal, namely a live horse. Rumor has it that if you kiss the animal before an exam, you can get a good grade the next day.

Let Them Know What You Need. Scream it Out 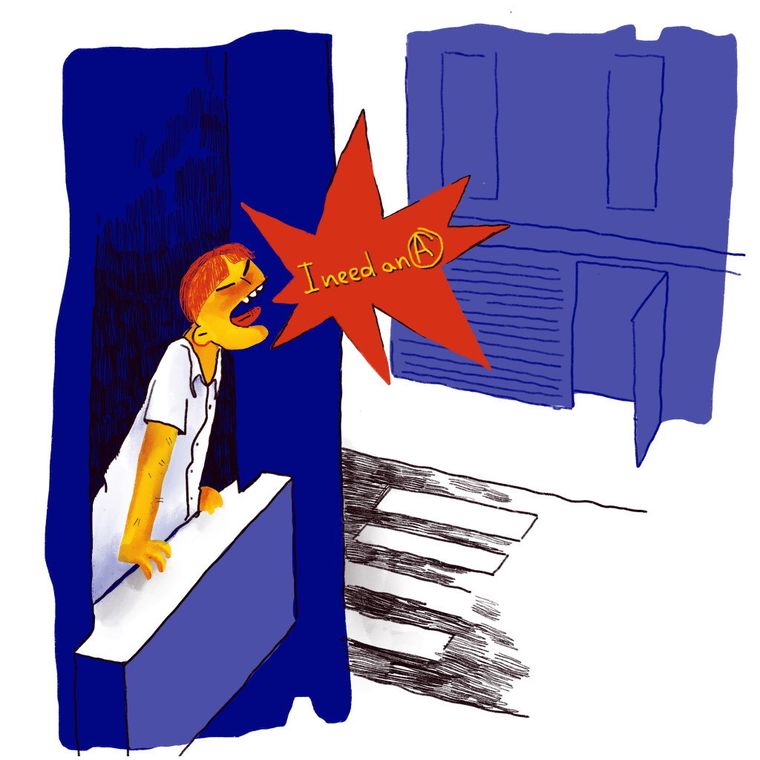 Many of us have come across this simple yet popular ritual. There are so many phrases one can hear flying out of the student windows on the night before the exam. The names of their professors, requests, pleas, and even swearing. Much of this gives the student confidence or is just a fun way to get some extra luck.

I Can Smell My Luck, It’s Somewhere Here 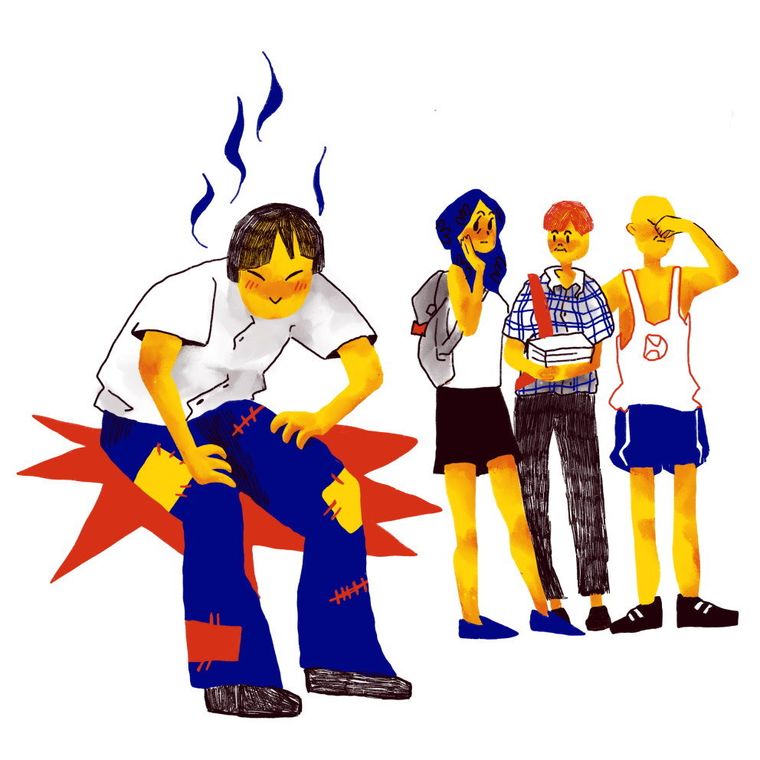 Who needs showers anyway? Yes, you heard it right. At least 4% of the respondents described their exam ritual as not showering at least one day before the exam. The most extreme cases reached up to 10 days! Another way to approach this ritual is not to wash your clothes or a specific piece of it.

An Instrument of a True Master 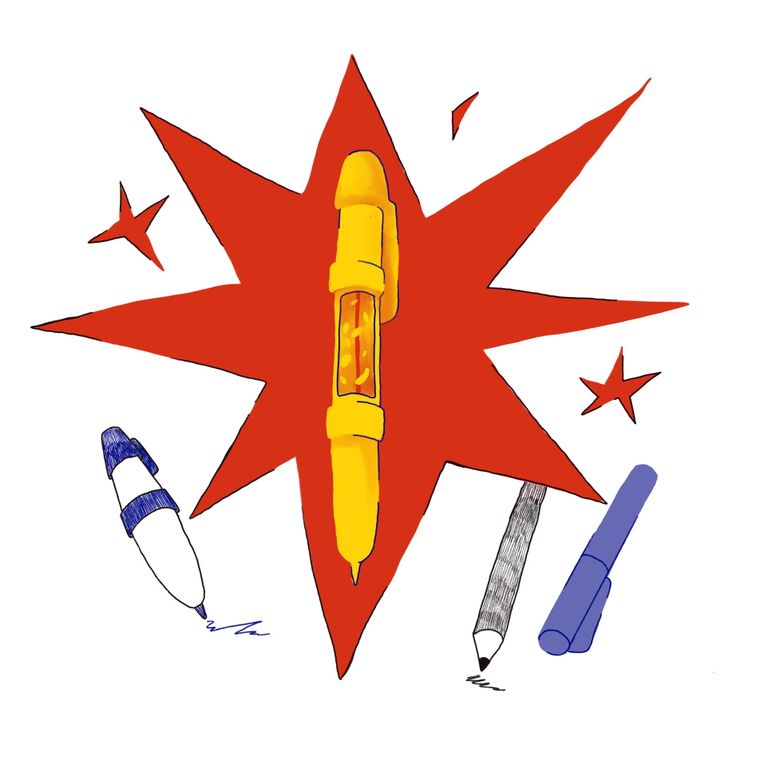 A lot of people have their own lucky items. When it comes to students, about 6% of our respondents described having a special item–mostly a pen or a pensil–they use for every exam, believing it brings them luck.

The Grass is Always Greener on the Other Side 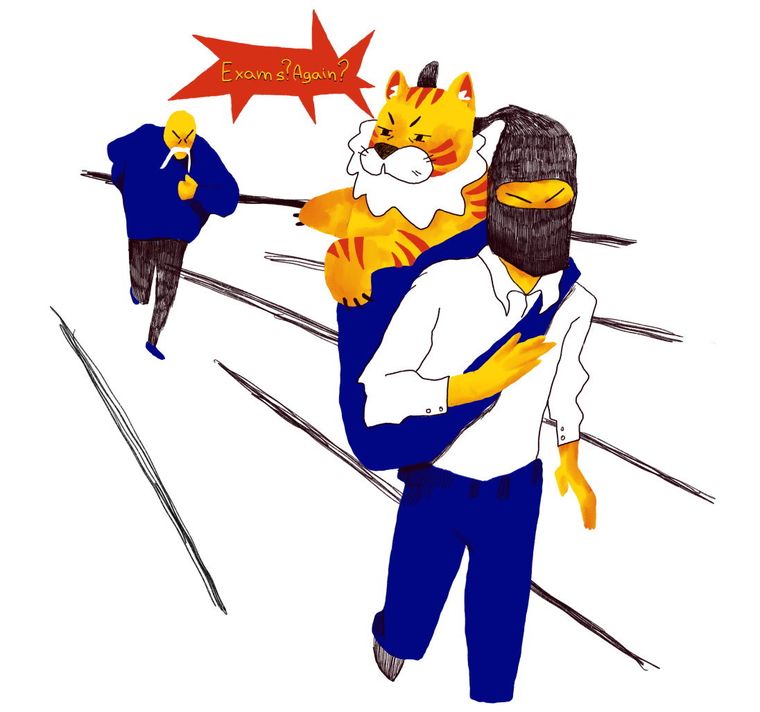 Almost every college has its mascot, but what if it’s not their mascot who brings luck? Stealing neighboring college mascot is among one of the most unexpected rituals we’ve discovered. And don’t worry, this tradition is shared by both colleges. 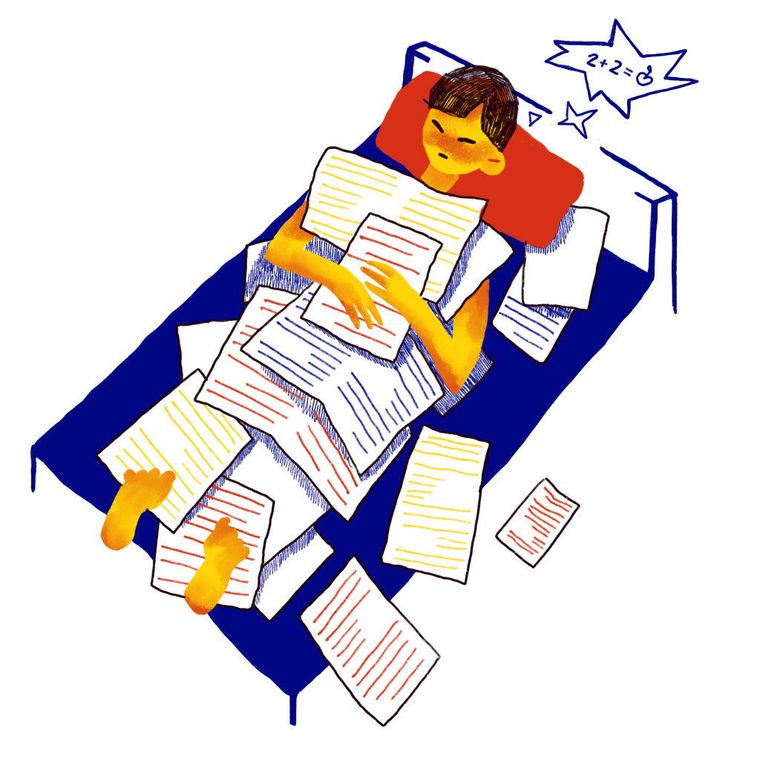 When there is no energy left to read and study, what other way can be more effective than absorbing knowledge from notes through physical contact? Among the cases of students interviewed, there were often those who slept on their notebooks, putting them under themselves, under their pillows or under their mattresses for good luck on the exam. At least 4% of the respondents practiced something like that. 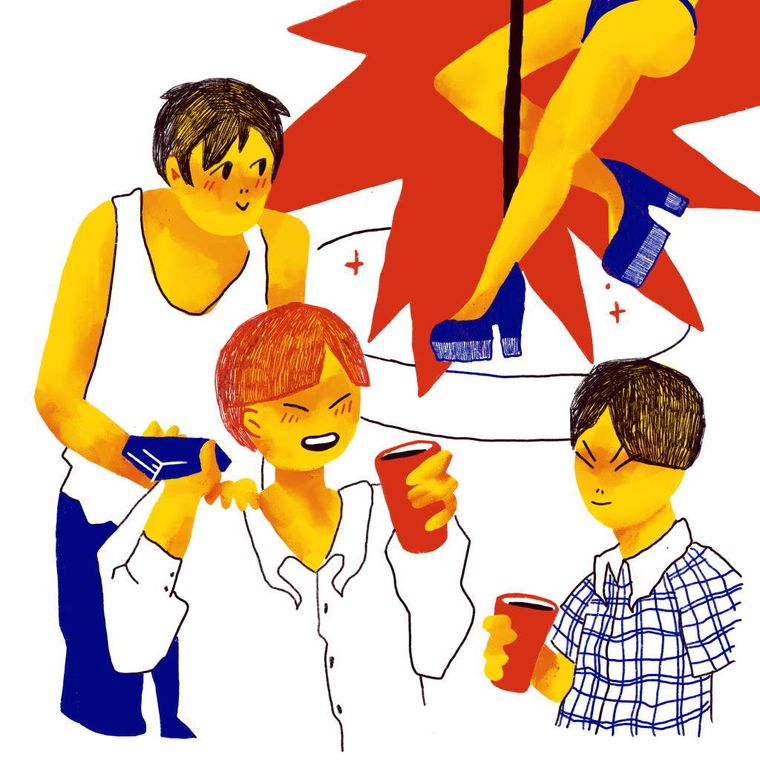 So many of our students responded that they consider focus and hard study to be their way of success before every exam. But, there were many who said that, on the contrary, you should not study or need to relax on the night before the exam, go to a bar, go out with friends, or even visit a strip club. 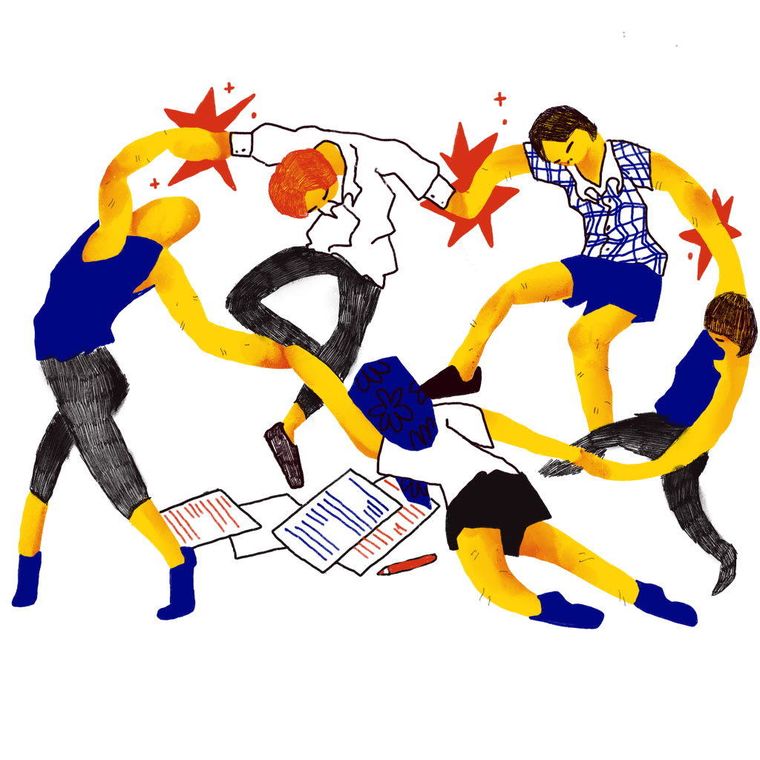