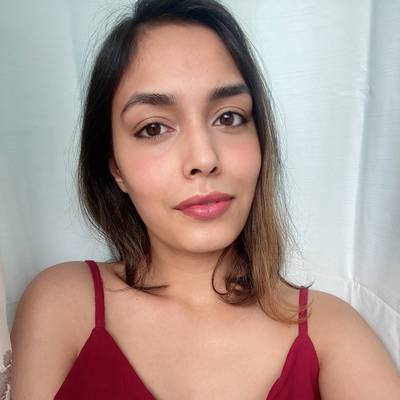 Hey there! My name is Capt EB, and I am a full-time freelance writer. I have been working as a freelance writer for the last 3 years. I have written all sorts of content, from academic dissertations and essays to creative content, you name it! I love speaking to customers to get as much information as I can regarding their assignment to ensure that the content I write is completely according to their expectations. Moreo...

Hey there! My name is Capt EB, and I am a full-time freelance writer. I have been working as a freelance writer for the last 3 years. I have written all sorts of content, from academic dissertations and essays to creative content, you name it! I love speaking to customers to get as much information as I can regarding their assignment to ensure that the content I write is completely according to their expectations. Moreover, I guarantee no plagiarism and provide unlimited revisions. Customer satisfaction is my number one priority, and I can promise that the work I will provide you with will exceed your expectations. Looking forward to working with you!

The environment refers to all the living and non- living things that surround us in the natural world. These things live in equilibrium with each other called the Ecological Balance. This ecological balance is disturbed due to numerous anthropogenic activities, one of the most harmful being the use of plastics. Ever since the use of plastic became popular in the 1960s, it has been used in polyethylene bags (grocery bags), clothes, bottles and the packaging material. An accumulation of these compounds on planet Earth is leading to plastic pollution. While all kinds of pollutions are toxic for the environment, plastic pollution is specifically hazardous because of the chemical structure of plastic which hinders its quick decomposition making it last for thousands of years on Earth. While it is evident from the chemical structure of plastic that it is extremely toxic and causes numerous environmental problems, some people choose to ignore this crisis. Scientists have been alerting the public for many years about the climate change, but there is a large portion of people and institutions that does not believe in climate change. According to a report by Center for International Environmental Law “The plastic and petrochemical industries’ plans to expand plastic production threaten to exacerbate plastic’s climate impacts and could make limiting global temperature rise to 1.5°C impossible” (CIEL, 2019). Thus, plastic is lethal to the environment. Plastic bags are made of additives that contain heavy metals. When they burn, they come in contact with the atmosphere and produce compounds like chlorides which damage the ozone layer. The polythene bags are a single-use product and are discarded quickly after use. Thousands of tons of this waste are dumped in the oceans every year, polluting the marine habitat. They are swallowed by marine animals like sea turtles and fish resulting in their deaths. Moreover the particles of plastics remain in the bodies of animals even after their death and are consumed by humans, causing a disturbance in the food chain. Plastic being dumped into landfills results in the release of toxic chemicals from the plastic into the soil and make it less fertile. These chemicals seep underground and are taken up by plants from the soil which retards their growth. They also penetrate into the aqueducts and streams through the soil resulting in water contamination. All of these environmental problems directly affect humans in every way. There are a number of ways to reduce the use of plastic. Some people are using cotton totes instead of plastic bags as a replacement. Unlike plastic, cotton degenerates quickly, but the insecticides used in the production of cotton are extremely harmful to the environment. They run off into the streams causing water pollution. Thus, better alternatives are paper or organic cotton bags which can be reused. Moreover, designers need to make an environmentally conscious choice while making clothes. ‘Fast Fashion’ refers to the mass production of trendy clothes. These clothes are made of cheap synthetic fibers like polyester that decay slowly and become a part of the landfills. According to International Union for Conservation of Nature, Laundering of clothes made of polyester results in 35% of non –biodegradable micro-plastics in the oceans (IUCN, 2017). Many countries are now taking immediate steps to remove plastic from Earth but what matters the most in such critical situations is the individual effort by every person. Every industry be it textile, fertilizer or chemical, needs to take responsibility of the environment. We need to be more mindful of the state of our planet and sacrifice our self-serving needs to give a better future to our generations.

What can I say? I was very nervous first time user and Capt made me feel very comfortable. As I could guess from her wonderful reviews that this was going to be something special:) . Upon agreeing our terms she reassured me and I trusted her as she came across professional and caring. The end result: I am blown away, the quality of the paper is out of this world. I am scared this will be used as a sample paper ;). Overall, if you are new or have use this service couple times. Don't look anywhere else , believe me YOU WON'T BE DISAPPOINTED! Also, her communication is far and beyond the standard. If I could give 10 stars I would :) No Brainer ..... MUST SEE,MUST USE!

What can you say about this gem. First time using this site and boy am I glad I came across EB. I am on a first class grade, and even though I was confident in EB, I still wasn't sure what quality of work I would get, but wow, EB is the hero that doesn't need a cape! Let me tell you, if you are a first time user too, then go to EB and don't look back. You WON'T regret it, especially if you want to come out with a top grade :) (N.B the work was finished the day before the deadline too)

She a very good essay would hire her again.

Good communicator and gave the assignment on time.

Back here for a second time and still have no regrets with staying with Capt EB. Another beautiful piece that was written, and I will most definitely be back to use EB again in the future!

Amazing paper. Checked all the boxes and hit every request!!

She’s amazing! No complains at all.