The Universities Fit for a Royal 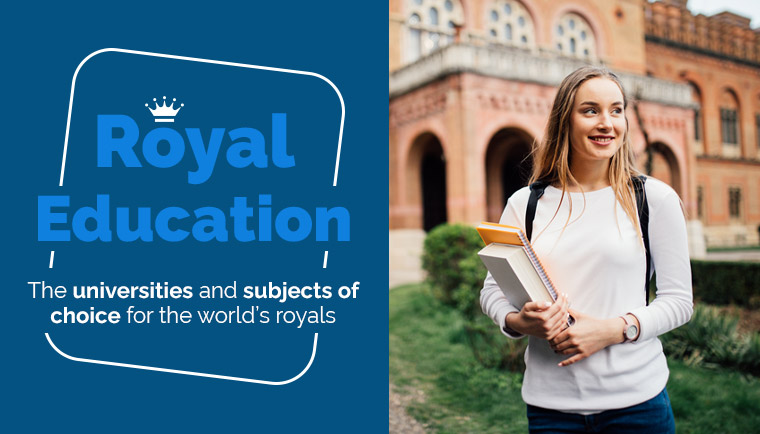 The Universities and Subjects of Choice for the World’s Royals

When we think of princes and princesses, we may not always think of hours spent poring over the books or writing up a personal statement for university applications, but many members of the world’s royal families attend university. In fact, the privilege of a royal title seems to open up doors at some of the most prestigious institutions around the world.

With that in mind, we wanted to find out where the world’s princes and princesses spent their student days, eating baked beans straight out of the tin, partying on a weeknight, and getting essay help from their peers.

Which subjects have they studied and are there any subjects that are more popular among royalty? 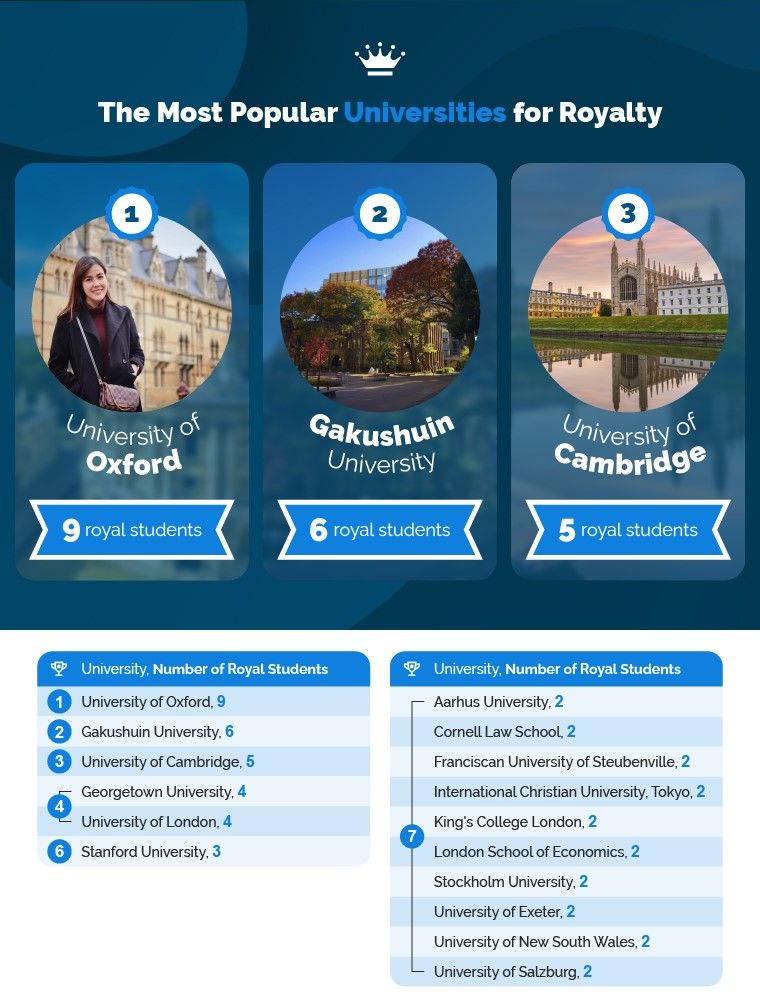 The UK is a popular destination for royal students to visit, with many of them receiving their earlier school education at British boarding schools. With two of the UK’s most prestigious universities in the top three, it suggests that the British education system is envied the world over.

This prestigious university is one of the best-known institutions in the world, with students travelling from all over the world to study within its historic halls. It is thought to have been teaching students as long ago as 1096, making it the perfect campus for royal students.

​The Japanese institution has been a popular place of study for the Japanese royal family, with the current emperor and four of his children being alumni of the Tokyo-based campus.

This is one Oxbridge race that Cambridge is behind in, with five royals having attended the institution.

Royal alumni include two of the UK’s royal family: Charles, Prince of Wales, and his brother, Prince Edward, Earl of Wessex, as well as Lesotho’s King Letsie III, and Denmark’s Queen Margrethe II. 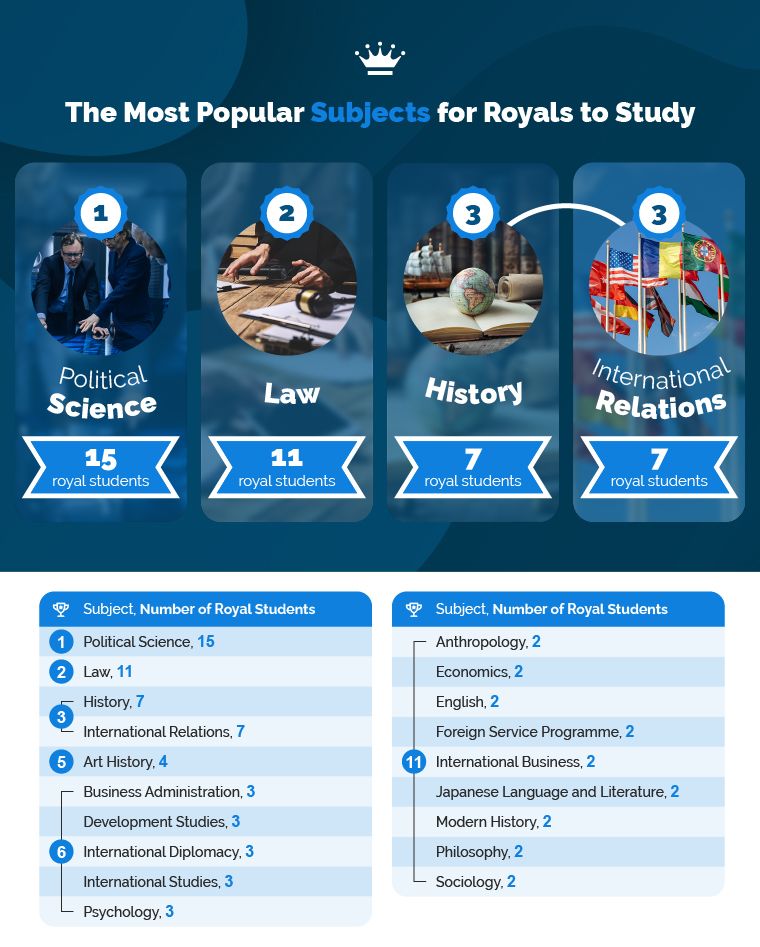 When it comes to the subjects studied, many royal students opt for subjects that will aid them in their roles in the political and diplomatic realm. 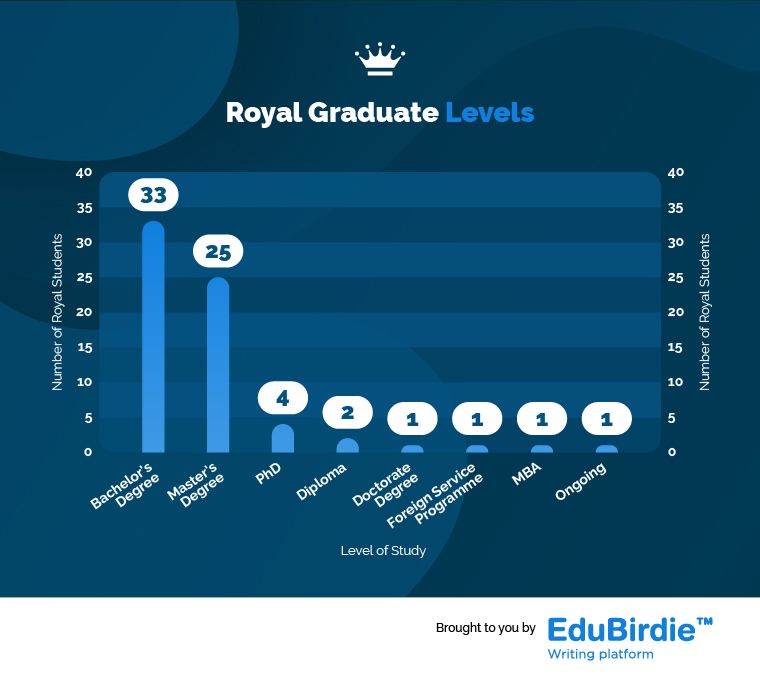 Of the 67 royals we looked at, there were 33 bachelor’s degrees, 25 master’s degrees, and four PhDs, with the latter being held by three different royals.

We used Wikipedia entries for members of the current royal families of the globe, as taken from the list of current ruling monarchs.

We looked at the current heads of state, branching out to their children and grandchildren where necessary. We did not include spouses of royals but focused on those born into royalty.

In some cases, one individual may have attended an institution multiple times or achieved multiple degrees of the same level. In these cases, we counted each time an institution was attended and each degree awarded to the royal student.