Support and Scholarships for Muslim Students 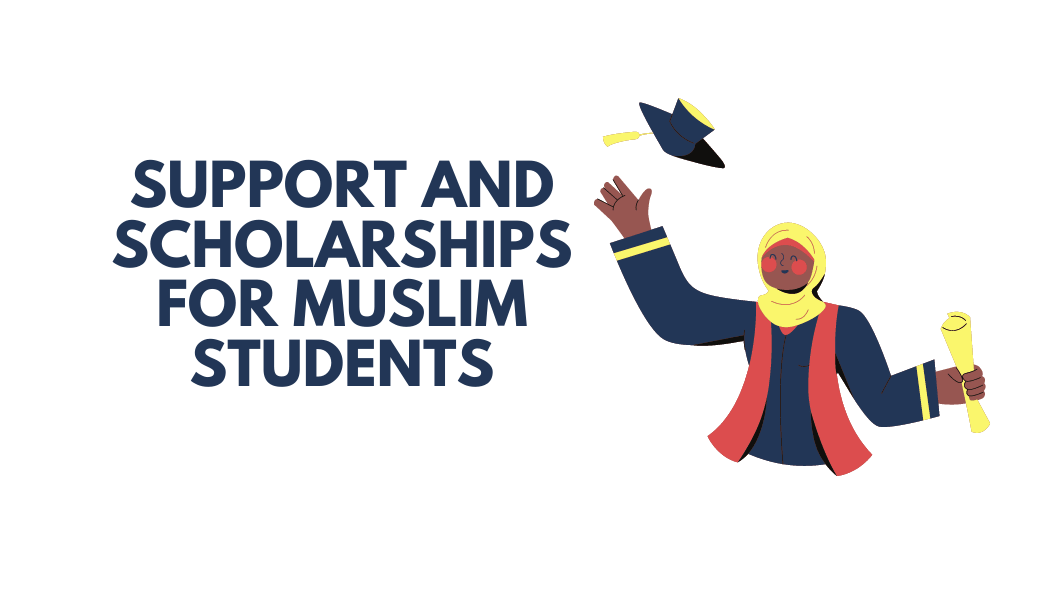 It is not a surprise that Muslim Americans are a diverse and growing population in the country, currently estimated at 3.45 million people. One-third of their number has a college degree and a quarter are still on their way to get a diploma.

Observant Muslim students pray five times a day and may have special dietary needs. Islamic teachings prohibit debt, forcing some Muslim students to decline loans to pay for college. Besides, religious and cultural practices related to the separation of the sexes could influence where a student chooses to live.

The problem is that Islam remains a religious minority in the US, meaning that most college facilities serve students of other religions or no religion. All the mentioned factors demonstrate the necessity for establishing particular resources, studying and living conditions. This would help Muslim students be part of the community and not contradict their religious beliefs.

The distinctions described usually make the rest of the community avoid excessive contact with Muslim students. Such stereotypical behavior can be either unconscious bias or apparent Muslim discrimination, though none of which is a good phenomenon. Let’s consider the most frequent issues Muslim students constantly face.

The 9/11 terrorist attack erected a huge wall in building a safe and friendly environment between Muslim students and the rest of the community. Recently, anti-Muslim sentiment has spiked, according to the ISPU annual Islamophobia index. The situation has deteriorated with Trump’s Muslim Ban issued in 2016.

Insulting people on account of their being Muslim or on account of being associated with Muslims, is common as well. About 60% of teachers witness such behavior once or several times a year. Much of the verbal abuse is aimed not at individuals but Islam and Muslims in general.

Religious identity is the most frequent reason for bullying that Muslim college students contantly experience. 53% of Muslim youth experience bullying, while 26% face cyber-bullying and 19% physical bullying; 36% of girls wearing a headscarf (hijab) were bullied just because of this (CAIR, 2017). This unwanted, aggressive behavior against Muslim students continues to grow every next year.

Islam prescribes a brief prayer or ritual worship five times a day, avoiding certain foods, wearing a hijab for women. It may be challenging for some students to adhere to the rules when feeling like a dissident in the community.

The only place where a girl could take off her headscarf is a dormitory. Although many corridors/flats are single-sex, even then other students will invite home friends of either gender, sometimes to spend the night.

Many still perform the prayers five times a day, which can be a problem if there is no nondenominational chapel on the college’s territory. During classes, students can warn their teachers in advance about the right time when they’ll have to practice their religion.

Many incidents of discrimination are a result of media coverage of anti-social and criminal behavior from young people from an Islamic background. Starting from the 9/11 attack, Muslims appeared to be seen as a dangerous community. Continuous offensive remarks from high officials make ordinary people avoid and humiliate Muslims as well.

On- and Off-Campus Support

Facing the bulk of challenges in their college life, Muslims need support that their college or government can offer in the form of on- and off-campus organizations.

On-campus Muslim support is of vital importance since students spend most of the day there. You may consult the following organizations:

Some off-campus organizations that help Muslim students integrate with the community include:

Ways Colleges and Other Students Can Support Muslim Students

Islamic practices require the establishment of certain facilities at college to help Muslim students better integrate into the community. Colleges can provide Muslim support in many forms:

What is more, peers can also contribute to the creation of a peaceful and comfortable environment by contacting them without fear of discrimination and respecting their religious practices.

Reports show that 86% of US college students take the advantage of financial aid to pay for their studies. But US student loan system can be difficult for Muslim students due to Riba – the Quran mandate which forbids taking on interest-bearing loans. Thus, the form of scholarships had been extremely popular among Muslim undergraduates and graduates.

Let’s consider 11 college scholarships available to Muslim students in the US:

The deadline for the six scholarships offered by the Islamic Scholarship Fund (ISF) is 3/21/2022.

Other Islamic scholarships for Muslims or involved in the Islamic community include:

We shall bear in mind how fragile safe students’ communities in colleges can be. Thus, Muslim students need support and counsel more than ever as they grapple with the world around them.

Here is the list of additional resources that will facilitate navigating their way through a university setting:

Schools should be safe and welcoming for Muslim youth and all students. Each of us can work to make that happen by suppressing our own biases, combating Islamophobia, and providing resources to students and college administrations to create more inclusive spaces for all.