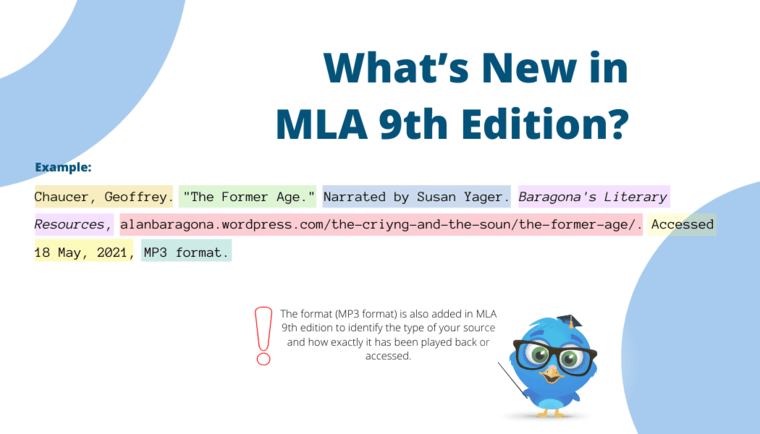 Even though the college students have not got used to changes introduced in the previous MLA edition yet, the new MLA format 9th edition (Modern Language Association) is already out. It has been published in April 2021 and the main change is that the MLA Handbook is now acting both as a textbook and a great reference guide. What makes it special is that it fits writers regardless of their level or academic needs because it provides templates and style guidelines. If you already know how to cite by using MLA 8 format, you will already be familiar with how to use the current MLA edition.

The significant changes you will encounter are mostly related to the use of containers for different media types and the use (or principles) of inclusive language. Did they actually implement major changes in MLA 9th edition? The short answer is "no" because the new edition simply makes the previous MLA 8 format clearer with minor updates and examples that must be considered to avoid confusion.

The key changes are related to formatting a research paper to keep manuscript formatting standardized, which means that one should provide a full research title as it will appear for publishing. In addition to that, some changes are related to the identification of collaborative projects, which will require an addition of “In Partnership With” or “Collaborators:” additions after the author’s name if it is your personal research.

Finally, in MLA 9 format we also have inclusive language changes, which will help writers to use safe and appropriate language when discussing sensitive issues like ethnicity, religion, gender, age, health, or social status among other things.

It also has minor capitalization style changes that will follow the rules for non-English publications that must use their specific grammar rules. Some changes are also related to the Works Cited page regarding the use of sources that have been actually implemented or only referenced.

The only major difference that is new is related to the use of containers, which is mostly dealing with the use of digital media sources like songs, videos, or audio recordings. Here is how it must be done in the latest MLA format, which remains the same except for the list of containers that are extended and the format at the end of your reference.

The role of the container is “Baragona’s Literary Resources”.

Note: The format (MP3 format) is also added in MLA 9th edition to identify the type of your source and how exactly it has been played back or accessed.

In conclusion, it must be said that MLA 9th edition did not introduce major changes to the rules of writing but simply improved and explained the existing conventions. It has added several minor changes concerning diversity and identification of sources, which won’t be new to the experienced students.

Do not forget that you can use our MLA 8th style generator that will cover the majority of your citing needs even for the MLA 9th. Essentially, MLA 9th is a welcome addition that has made many already familiar things and concerns clearer! 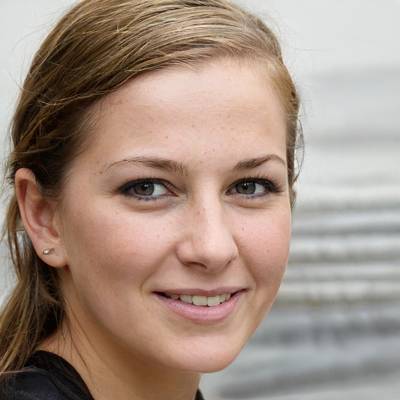 Hey there! My name is Dr. Creta, and I work as a full-time freelancer. I am a competent writer with five years’ experience in online academic writing. I hold a Master’s Degree in Education Arts from Stanford University. Quality and timeliness are my priorities in this profession. Additionally, I own grammar and plagiarism checking tools to enhance the quality of my results.