Differences between APA vs MLA: Which Format to Use?

Academic world is based on strict regulations when it comes to writing, starting with a college essay and up to science publications. Generally, there are three pretty common citation styles in American higher education: APA, MLA, and Chicago. Their main goal is to provide proper citations, avoid plagiarism, create unified paper structure system. Chicago style is used for history and economics, so, it is usually directly offered together with an assignment. When it comes to APA vs MLA, not everything can be as clear or easy for students. They both are very common, that’s why have similarities as well as differences. So how to choose the right one for your assignment and what are key standards for each one? This article has all necessary information to help you master both APA and MLA. 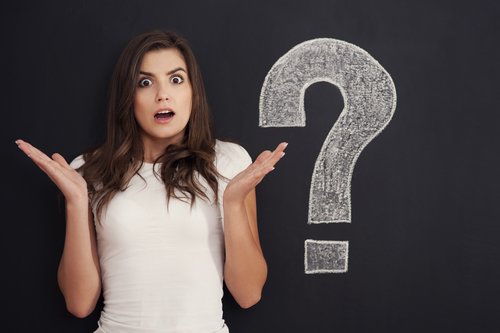 History and Standard Guidelines of APA

This style originates in guidelines of the American Psychology Association that created rules for journal articles publications and books. It was first established in 1929 to help authors to structure their works, as well as create a unique style of references and citations. Key idea is not to distract a reader, but to provide the most comprehensive text with proper headlines,  works cited list, avoid plagiarism. APA is commonly used for scientific papers, documents, lab reports. It also dictates language use standards when it comes to academic works. Its guidelines are being constantly updated to eliminate sexist, racist or intolerant language. You can always use APA citation generator free to save some time.

History and Standard Guidelines of MLA

Difference between MLA and APA starts with history of these styles. This one is provided by the Modern Language Association for literary research and scientific works in the field of humanities. Key difference is that MLA is more detailed when it concerns references and citations. It is also most commonly used in present tense of verbs. MLA vs APA have one more significant difference: the first one is focused on names of authors and treats old sources as well as the new studies. The second one, on the contrary, is focused on year of referenced book or publications, preferably the newest and relevant ones.

Create citations in a few clicks

MLA versus APA format: A Comparative table with Examples

One of the key aspects in which MLA is different from APA is the format of bibliographic citations and in-text citations (the author-page format for MLA and the author-date format for APA). Obviously, one can find a set of differences in formatting rules as well.

Here’s a short table of key differences between formats, so you can easily use MLA or APA.

You can use the title page generator to create a cover page.

Which is better MLA or APA?

Which of the two formatting styles is better? Well, it depends on the use scenario! When working with fictional literature (published in large volumes), MLA is more appropriate since in-text citations refer explicitly to the info by mentioning the specific page. By contrast, when working with short publications (e. g. academic articles, often published online, without page numbering), APA in-text citations seems more appropriate (they only help identify the work, but importantly, they mention the year, which allows to easily track the chronology of research).

Before you decide when to use MLA or APA you need to check assignment – maybe your professor has depicted citation format already. If not, you can choose one on your own. Generally, they differ in subjects they are used to. So whether you need to pick APA or MLA is defined by the field of science you are conducting the research at.

If neither instructions nor the subject informs a choice of a given citation format, juat, think about which style would work better with your content.

According to the Course and subject guides belonging to the University Library System of the University of Pittsburgh, Chicago/Turabian style is generally used in the field of Business. If the field is related to sociology (e. g. management), then APA could be the preferred style.

Example How to Format References/Works Cited in Two Styles

MLA vs APA format is not an impossible choice, especially when one is writing for a particular subject. However, it may be complicated to apply, as there are so many details that should be followed. Maybe you think that it’s better to use your time and concentrate on the research itself, then you can seek professional help with editing. EduBirdie professionals can help you with any citation format and edit your assignment so that it’s a masterpiece. As an alternative, try free MLA citation generator at EduBirdie on your own. This way you can always be sure that your citations are in the right place.

EduBirdie can help not only when it comes to MLA vs APA citation style or formatting, but we also provide high-quality writing services, or we can answer the request "check my annotated bibliography". Our qualified authors can complete any essay or coursework for you in a short amount of time and for a reasonable price.