People choose particular films because they make them feel, speak of aspirations, dreams, desires or fears. They tell of darker things of life, allowing us to portray something that would be challenging to put in words. Movies about mental illness belong to such category where a person is forced to analyze, evaluate, and reflect based on personal life.

At times difficult or therapeutic, movies should be taken with a grain of salt as there may be a lack of sensitivity or professional knowledge. Be it a creative approach to mental disorder portrayal or documentary, it has a goal, which must be found as this is what truly matters!

Naming best movies about mental illness are always subjective because each individual has specific attitude or understanding of on-screen events. Whether it is depression or PTSD, there is always a story and a point being made by director. Finding out how well it has been achieved in practice is for you to find out! 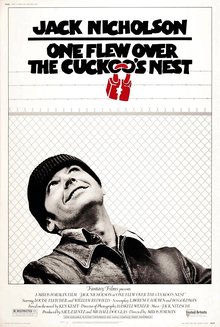 Starting with a classic portrayal of psychiatric institution, this movie tells the tale of a criminal McMurphy (played by Jack Nicholson) wishing to escape the prison by any means. Acting up as an insane person, Nicholson’s character faces degradation and abuse in a mental ward’s facilities. What makes this narration unique is showing how an abusive nurse is only an instrument of evil, trusting her instincts, believing that she is actually helping mentally ill people. There is intensity, realistic portrayal of every person, and detailed description of daily lives and routines lived by people kept in psychiatric institution. This particular scenery with attention to details reveals the true evil… 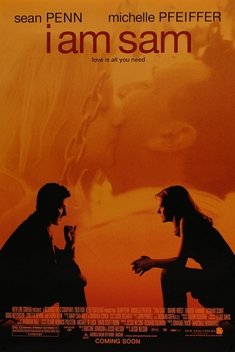 For a slightly different turn, here are a powerful movies about psychological disorders and at the same time about love, compassion where cliches get broken. “I am Sam” tells a story of a mentally handicapped father (played by Sean Penn) who fights for custody rights as he tries to keep his 7-year-old daughter. When social services try to take away the child,  Penn’s character hires a lawyer (Michelle Pfeiffer). It tells a story of mutual care and disorders that can be challenged. 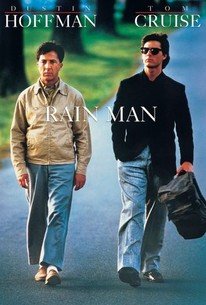 Another powerful classic that brings out the problem of autism, exploring deeper sides of mental disability. A unique duet of Dustin Hoffmann and Tom Cruise shows how much can be revealed during honest conversations where no stereotypes are applied. Movies like this show how disability can also be seen as a special skill. 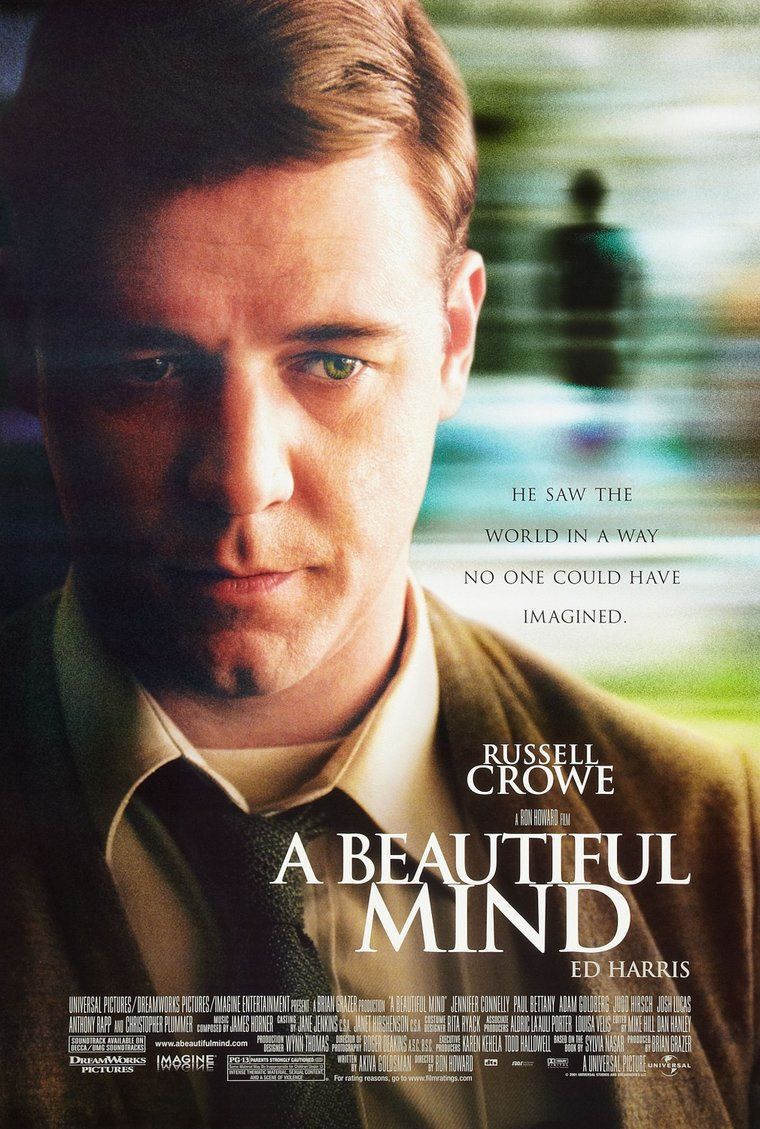 Dealing with paranoid schizophrenia, this movie is inspired by real-life story of John Forbes Nash Jr., an American mathematician. There is a powerful interplay of knowledge, personal research, and overcoming of an illness that tries to take over. As an outsider, the main character makes a research while discovering economic theory’s conspiracy. Governmental involvement, additional pressure portray mental illness from another side, revealing personal struggles. 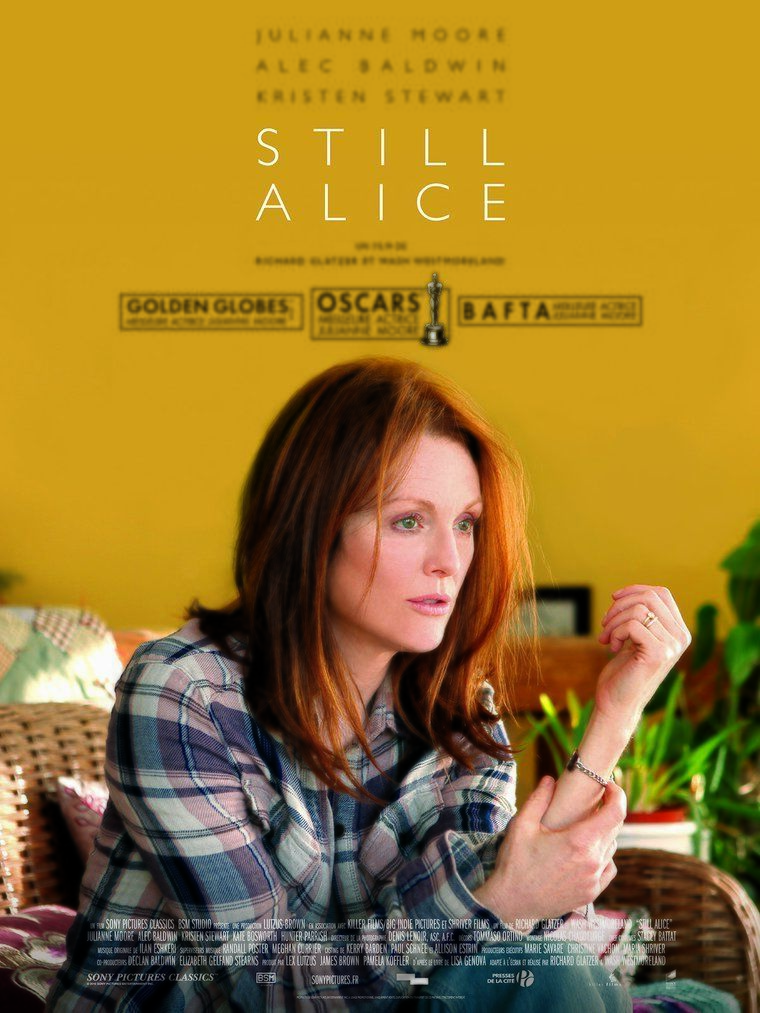 One of the most powerful movies about mental illness on Netflix. This film tells a story of a linguistics professor who goes through an inner decay as she is diagnosed with Alzheimer’s disease. Married woman with three children, Alice Howland (Julianne Moore) has to learn to live again and value each minute, finding inner strength as her life will never be the same again. 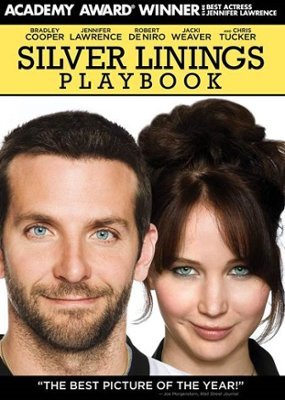 Pat Salatano’s character (played by Bradley Cooper) shows a truly sincere portrayal of bipolar disorder in daily life. Spending time in a mental health hospital, Salatano aims to bring his family back. Meeting Tiffany, main protagonist steps on the road to recovery, each step of which is filled with strong emotion, allegories, and dialogues. The film shows how bipolar mental challenges affect family’s life. 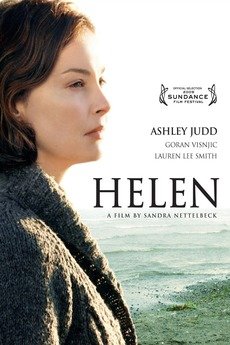 A list of mental health movies would be incomplete without this powerful story. Helen Leonard (Ashley Judd) reveals one of the most powerful displays of deep depression, which will bring tears to the eyes of even the strongest among us. From short-termed hospitalization to family relationships, “Helen” is extremely honest as it describes fears, mental breakdown, and a way how depression captures. 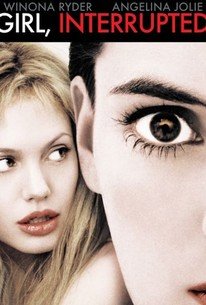 This film deals with borderline personality disorder, yet through a different prism. What does it mean to be officially “crazy”? What are the borders that should be noticed and acted upon? Based on real-life story, 18-year-old Susanna (Winona Ryder) is admitted to a mental hospital where she meets yet another challenge to solve. 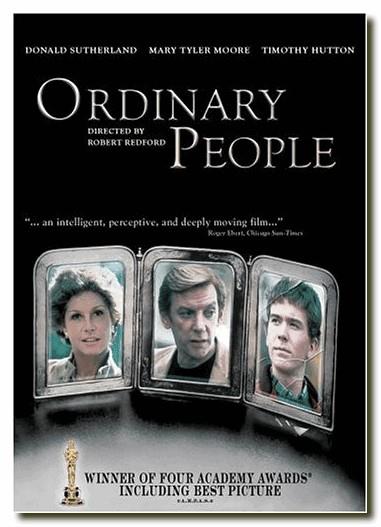 This drama revolves around PTSD mental disease case that will be familiar to most in the audience. Telling a story of a family who has lost a child in a boating accident, there is another son Conrad who is going through psychiatric therapy. Mother who has always been in favor of another child finds it challenging to support Conrad. Deep, emotional story of how mental difficulties affect entire families. 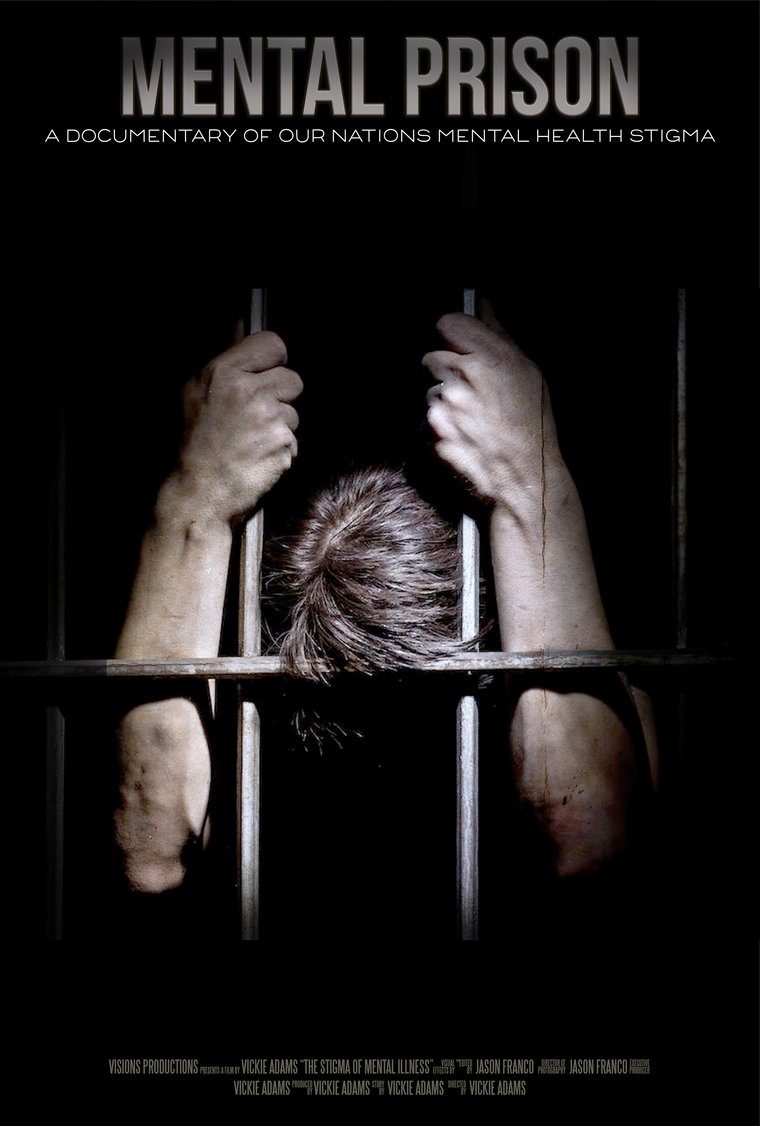 Unique documentary that also goes under the “Shatter the Stigma” title. Telling of people with mental disabilities, social stigmas, public attitudes, and the fear. Stories of real people with no strings attached, revealing how people still fight and continue living. 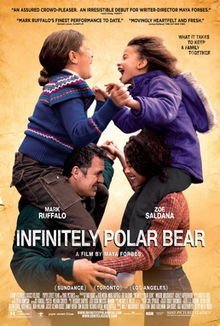 Set in the late 1970s, this movie tells of a father struggling with bipolar disorder as he tries to recover after mental breakdown. Once being released from the mental hospital, main character challenges himself to take care of his young daughters for 18 months period while his wife studies. Will father cope with the task? 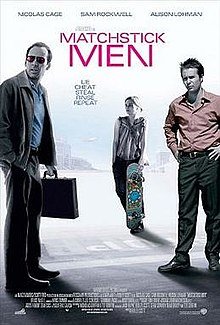 Here there are Obsessive-compulsive Disorder, panic attacks, anxiety, agoraphobia shown by Roy (Nicholas Cage) who is a con artist living in criminal ways. Once Roy finds out about teenage daughter, he has to make an important decision to try and live a different life. A highlight of this movie is detailed behaviour of individual with OCD disorder. 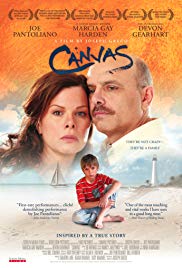 Dealing with schizophrenia, it is one of the most complex, yet simple psychological plots. Telling of a family, it speaks through the eyes of a young child who finds it confusing and fearsome to see his mother “abnormal”. What makes this movie different is depicting schizophrenia not as a mental illness, but as a family’s battle. 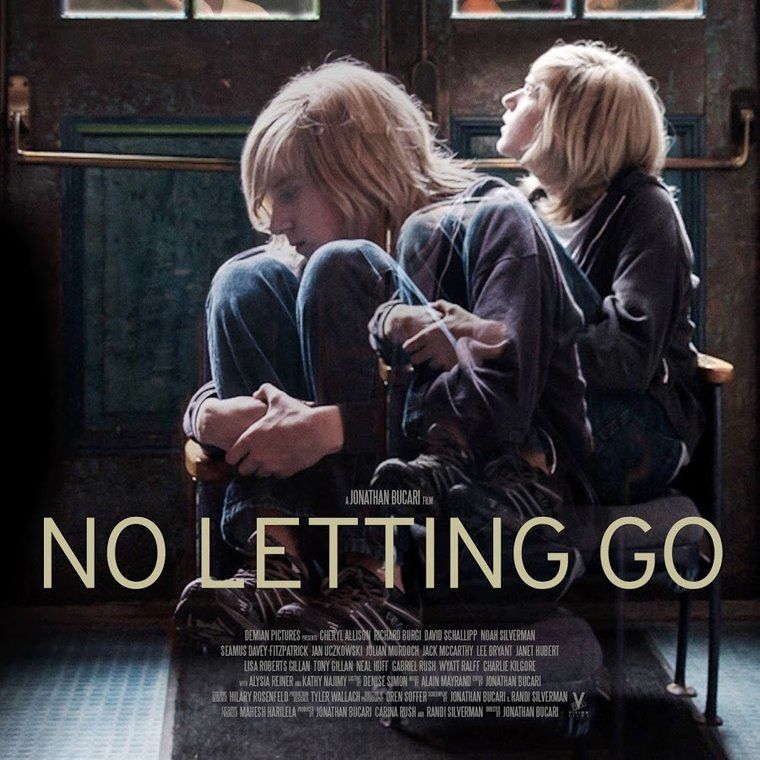 One of the most intense films about mental illness based on life. As young teenager struggles with a mental condition that is getting worse, his mother risks everything in order to keep him safe without losing the other family members. Looking through the choices, it reveals how challenging it is to decide when there may be no letting go. 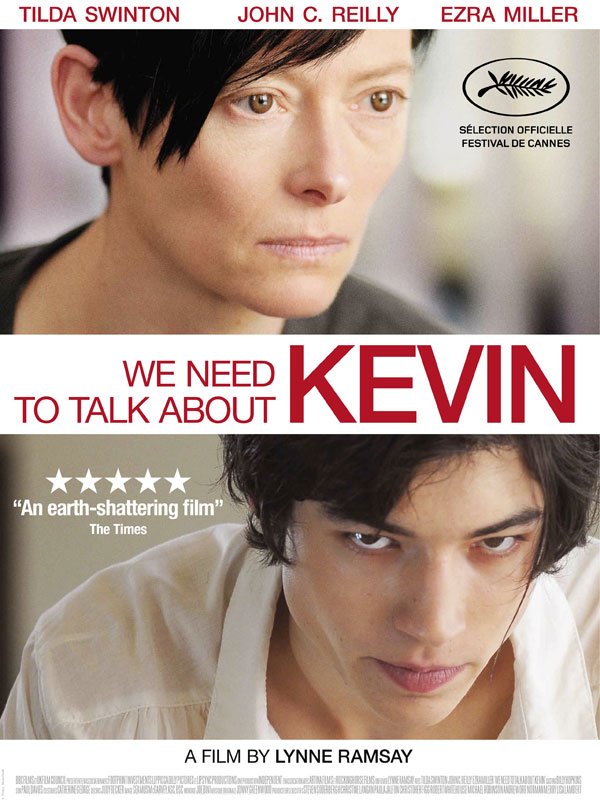 Quite disturbing, yet important film about a mother and a son who has antisocial personality disorder. The story asks a question about how long can a mother hide her son's condition. Once a tragedy takes place, parent has to come to terms and make a final decision. 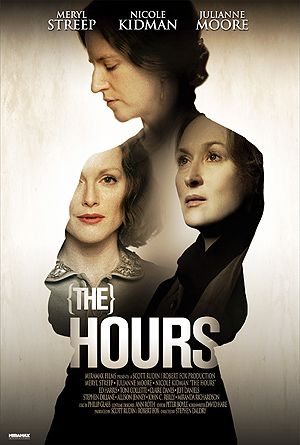 Based on Pulitzer Prize eponymous novel, this movie tells of three generations of women who had to deal with depression and suicide. Dealing with bipolar disorder, decisions being made via PTSD, it is not an easy novel to see on screen, yet it teaches an important lesson about loneliness, stress, and loss. 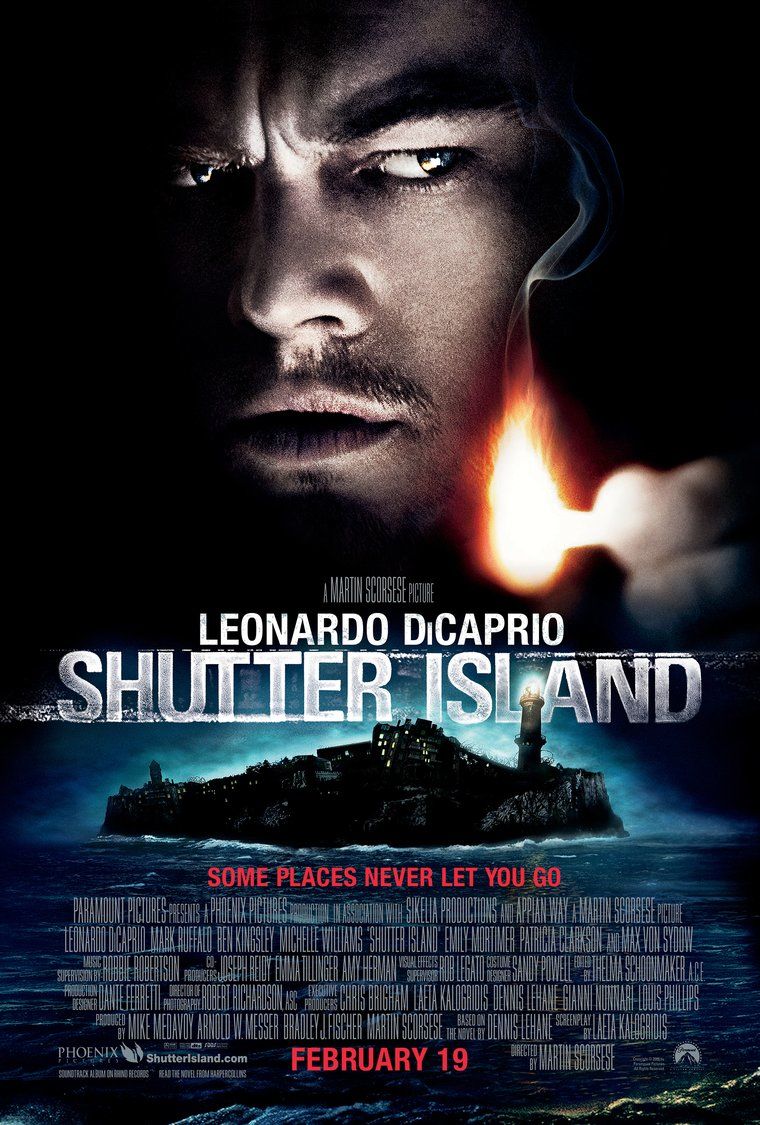 As something totally different, this story is set in the 1950's, telling of a murderer’s escape from a mental hospital.  U.S. Marshal Teddy Daniels (DiCaprio) investigates the case. Analyzing different scenarios, clues, relationships, Daniels starts to question his own sanity.  An important point is continuous line of different visuals where emotional scenes evaluate human memory, thinking, and analysis. 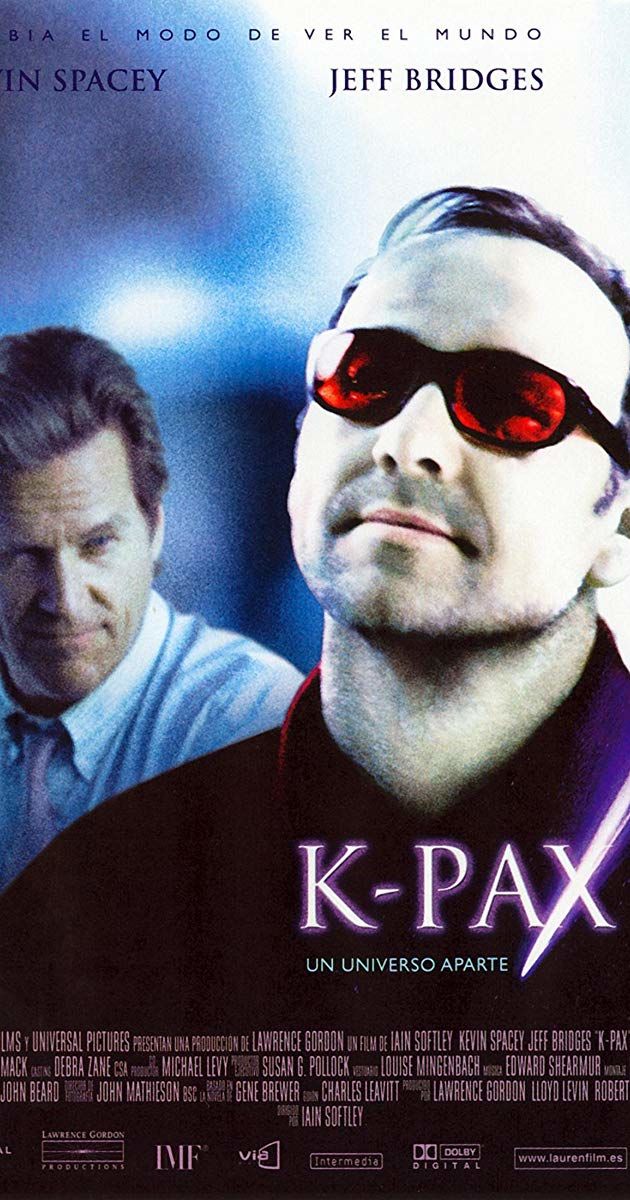 PROT (Kevin Spacey) is one of many patients at the mental hospital. A reason he is different is his claiming to be from a distant planet called K-Pax. Prot's psychiatrist Dr. Mark Powell (Jeff Bridges) walks an extra mile to help him. As the story progresses, there are doubts in Powell's mind. Honest, unusual film with a powerful play of all actors. 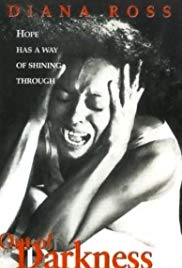 Paulie Cooper (masterfully played by Diana Ross) is a former nursing student battling paranoid schizophrenia. Due to lack of proper treatment and not coming to terms with her condition before, Cooper loses 18 years of life. Released from the hospital, she tries to build her life from scratch and find light in a world that has once abandoned her. 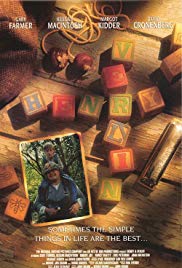 Final entry is a touching film about two autistic characters, a child and his adult uncle who is like a child himself. As Henry pulls little Verlin from his shell, he is seen as a dangerous person who must be put in a mental institution.

Michael is a true book wizard in our team. Working as a writer and editor for EduBirdie, he focuses on various book and movie reviews by studying them with the purpose of leaving a lasting impression on his audience. Using his experience and fascination with history and educational books, Michael is your pathway towards discovering something new and learning in a different way. His posts are always unique and inspiring.