Everybody is familiar with the unpleasant feeling of forgetting something that has been learned previously. Sometimes it is not crucial, but it is very unfortunate if one experiences this during the important exam. In this case, he or she may think: “If only I have spent more time learning this…”. However, dedicating more time is not always the most effective way to make your brain remember more. There is a spaced repetition technique that may serve as the true remedy for those who want to remember what they learn forever.

The processes within human memory could not have been studied appropriately in the 19th century due to the lack of technology and there were a lot of misconceptions and assumptions. However, German psychologist Hermann Ebbinghaus decided to test and study the way human memory work experimentally, even though it was believed to be ineffective.

The scientist created a large set of one-syllable combinations that did not have any meaning or associations with existing words due to similar transcription, for example, “Dax” or “Taz”. After that, he started memorizing lists of these combinations testing different variables such as the number of repetitions, dedicated time, or length of the list to memorize. Meticulous observations and analysis of data allowed Ebbinghaus to determine the effect of all mentioned variables on memorizing the material and led him to the discovery of the “forgetting curve” phenomenon.

All the following memorization attempts upon the initial reviewing of the material to remember helped the scientist to document the rate of memory’s decaying with the pace of time. The validity of the results and effectiveness of the experiment conducted in the 19th century was proved by recent studies that tried to replicate the initial experiment. The results were quite similar, which proves the existence of the link between the retention and time passed since the initial acquaintance with the material. 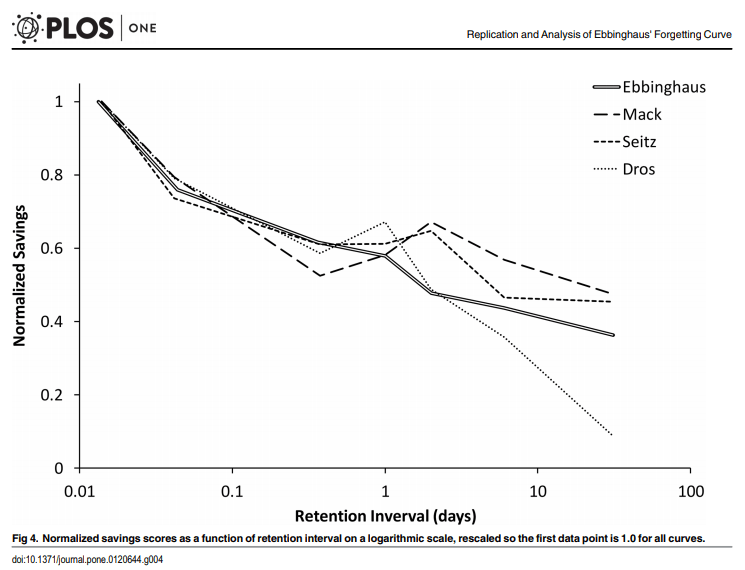 The discovery of this spacing effect led Ebbinghaus to discuss the potential of a “learning curve” based on the spaced repetition to enhance the quality of memorizing and make human brain remember information for a long time, if not forever, and overcome the negative effect of the “forgetting curve”.

Despite the massive impact on the development of studies of memory, Ebbinghaus was still mistaken about the nature of the forgetting process. He believed that the information you remember just fades away with the pace of time, but modern theories of forgetting reveal the more complex nature of this process.

First of all, people have two types of memory, namely, short term and long term ones. Ebbinghaus’s perception of forgetting appears to be related to short term memory as the trace decay theory of forgetting in modern psychology also focuses on time and information fading away due to the decay of physical traces in the human nervous system. At the same time, forgetting related to long-term memory is more related to retrieval failure than the brain’s clearing itself and deleting information.

Speaking about long term memory and taking into consideration the learning curve discovered by Ebbinghaus as well as lack of consolidation theory, we may understand that forgetting is not related to the information’s fading away. The mentioned theory, which implies the inappropriate modifying of chemical connections between neurons, is not relevant in case of applying the spaced repetition technique based on the general learning curve. If a person dedicated a considerable amount of time to the repetition of new information within the most relevant time frame, he or she stored this information appropriately and the inability to recall it is a problem related to the accessibility more than storage.

Human memory has two main characteristics that require constant use to function appropriately:

It is easy to visualize these theories. Remember the famous BBC series Sherlock and the theory of brain attic? Detective Sherlock Holmes used it both in the original novels and stories and in modern TV series interpretation. He developed a strong visualization of his own brain’s storage to know exactly where every piece of information is located. He remembered everything important for his work and deliberately forgot unnecessary information, claiming that he needs “to delete something” and keep his memory clean and organized. 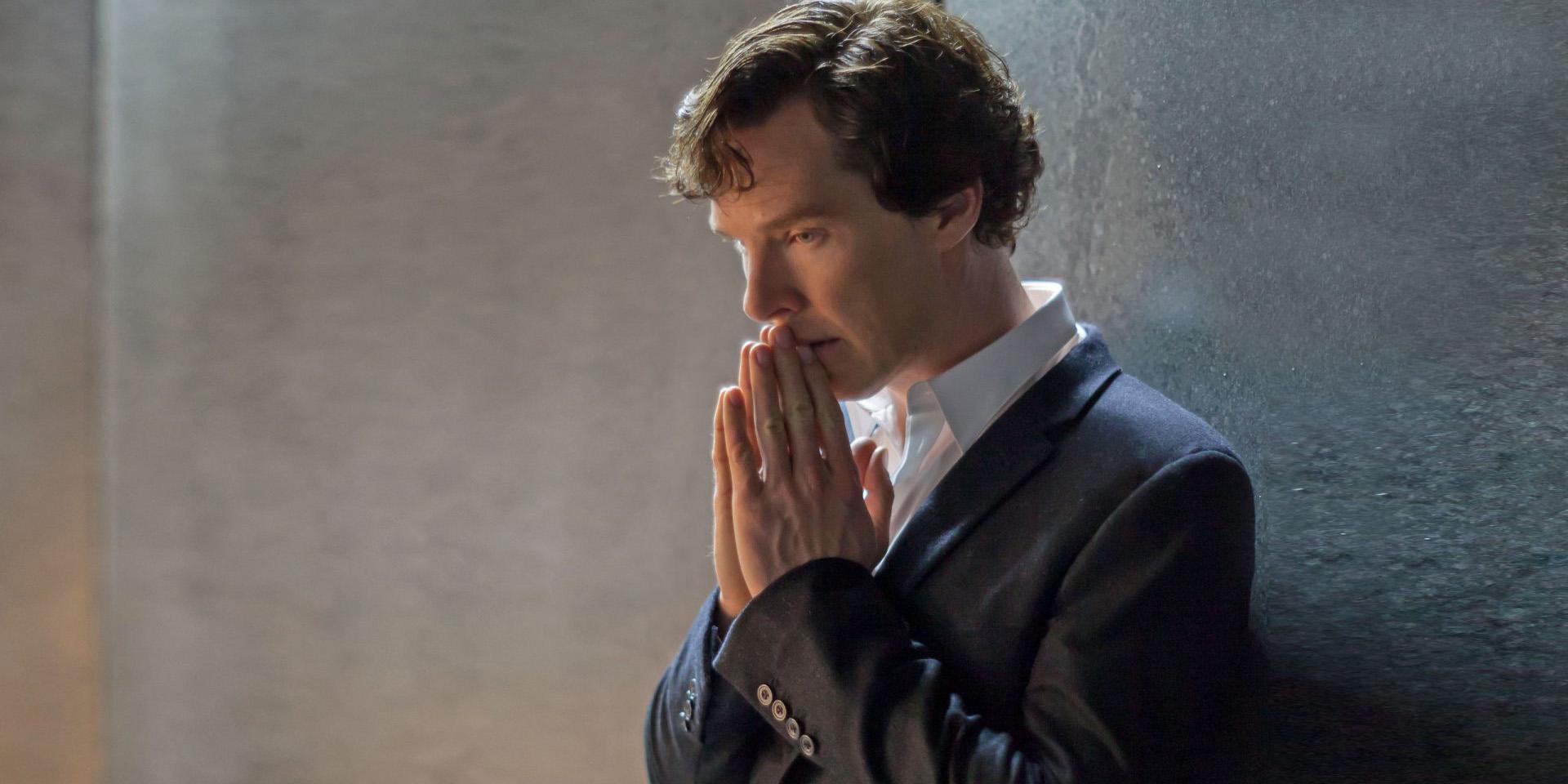 Enough theory and talking about background information. It’s time to focus on how exactly spaced repetitions can help you with studies so that every single piece of learned information will be remembered and accessible during both the upcoming exam and later.

Study gaps need to be developed based on the specific time you want the new information to be ready. They will always be approximate and the study gaps between sessions, especially the first and second ones, will change depending on specific conditions such as your exam’s date.

Scientific studies already proved the positive effect of 1-day intervals on the long memory. Therefore, when you have the exam in a week and start preparing today, you will pass with flying colors if you repeat learned information the day after tomorrow, one more time during the week and the day before the exam.

Other specialists also suggest longer study gaps in case there is more time. For example, if the important exam is in two months, you need to start studying beforehand and apply 1-week long spaced repetitions to make your learning curve the most effective and refresh memorized material exactly when it is needed. There is a well-known metaphor of a brick wall where the knowledge you learn stands for bricks and solidifying mortar represents the time needed by our brain to developed stable connections. Building such a “knowledge” wall too fast will result in collapsing the entire structure and all you will remember is fragmented facts without the full grasp of the ideas under study.

Learning a foreign language requires memorizing a vast amount of similar type data such as vocabulary entries. Everybody knows about the traditional system of learning new words using paper cards, but frankly speaking, how many people use it all the time they learn a new language? Having thousands of cards all over the house might be beneficial for being involved in the artificially created language environment but they lack organization and focus on learning difficult words that are used less of all.

Adopting the Leitner Box technique will help you to memorize complex terms and words that you meet not so often but do need to recall them at once should the need arise. You may use either traditional paper cards and boxes or any of the applications available on the Internet. In any case, the algorithm will be the same.

There should be different time intervals for each of the five boxes. If you need to learn, for example, a set of new words, the cards with words and translation enhanced by the contextual use and proper transcription should be placed in the first box. You will need to put new words in this box every day once you first learned them. The next repetition or learning session should be the next day and all words you recalled correctly can be placed in the second box. If you can’t remember the word, you will need to put it back in the first box. The appropriate time intervals for language learners adopting this algorithm would be the following:

Remember that if you forgot the word from the fourth box, you will need to put it back in the first box. This solution will help you to increase the frequency of appearing words that are difficult specifically for you. According to Ebbinghaus’s learning curve and spaced repetition technique, this will help you to memorize that specific information better and “solidify” it in your long term memory.

Adding contextual use and transcriptions to cards with words is suggested to improve understanding and ability to utilize learned vocabulary appropriately. There is no much sense in learning words per se without realizing in what situations they can be used.

This example with learning vocabulary using Leitner Box can be applied to any other sphere of knowledge that you need to understand more and remember properly.

Study cards on paper become truly obsolete nowadays, which is a shame because people do not have the opportunity to write down the word and involve different methods of improving memory. Some studies prove the positive effect of handwriting on memory as compared to typing. However, the modern high-tech world dictates its own rules and provides more opportunities for learners. So, why not use them?

SuperMemo application designed specifically for language learners is available on all popular platforms such as Windows, iOS, and Android and currently offers 19 languages to learn. It can be accessed using modern web browsers, so Linux users are welcome on board as well. The possibility to create an individualized learning plan and the general focus on spaced repetition ensures your effective and systematic learning. As a result, the foreign language becomes stored in your long-term memory, ready for use.

Price: The first month is free, then the regular price of 9.90 EUR will be charged monthly.

Anki software is more multidimensional and allows studying not only languages but all other things you need applying spaced repetition technique. Its flashcards support adding images, markup, videos, music – everything you need to enhance your learning experience. You can work with more than 100.000 cards and enjoy good optimization and synchronization across multiple devices. The software is easy to understand and use on an everyday basis, for instance, every time you need to wait for something.

Price: Free of charge everywhere except iStore, so iPhone users will need to pay $24.99.

Memory is another opportunity for those who want to use a simple flashcards system online to prepare for the exam or learn new words. Its main advantage is the simplistic design and being free of charge.

TinyCards have a rather attractive interface for those who want to study with fun. Creating nice-looking flashcards may motivate a student to review them more often.

Quizlet is one of the most well-known platforms that allow students to cover multiple subjects and apply spaced repetition techniques as well. This software is a cross-platform one and there is no need to upgrade to paid versions until you need that.

Price: Download is free but there are in-app purchases.