Even though there are still college professors who believe that Twitter does not belong to academic sources, it is hard to deny the importance of social media in our lives. We are dealing with politics, journalism, fashion, and social campaigns like the Black Lives Matter or Occupy Wall Street. Still, as we use this information in our essays or research papers, it is vital to learn how to cite a tweet in APA to avoid plagiarism by providing a link to an original source. When you have celebrities like Barack Obama, Elon Musk, or Bono (of U2 fame) posting iconic tweets, there is no reason to ignore this medium as long as you take time to learn how to do it properly!

So you are here, which means that you want to learn how to cite a tweet in APA 7th edition! It won't really take more time than sending your tweet reply to a good college friend! Seriously though, let us start by learning about information that we need for our citation when it is encountered in some text. When you cite directly or paraphrase, it should include the author of the post exactly as it appears online with the surname (if available) and the year the tweet has been published.

The same rules apply to quotations that are encountered in your text.

Now let us move further to the references page in APA. Here is how to cite Twitter APA style for your references section:

Notice that the actual tweet must be in italics. It should contain no more than 20 first words. The same rule also applies to those cases when you are citing something that comes from Instagram. We mention Instagram because the same set of rules is applied to Instagram and TikTok. Luckily, when you cite a Twitter post, it is usually not that long due to the restrictions of the platform!

Some extra rules to remember:

Of course, it is much easier to learn how to tweet in your research paper when you have several good examples. Even though we have learned the basic rules and saw citation templates in APA 7th edition, let us go on with the actual samples of the real-life tweets:

This one belongs to no other but Barack Obama. Looking at the tweet above, we have all the necessary information. What we become is:

Now that would be an example of an important tweet and the campaign that would do well for rhetoric or political sciences studies.

As a rule, such citations only go to your References page. Since there is no actual date, only the access date is provided. Our (n.d.) part stands for “No Date”.

Now for something funny, let us explore another famous tweet that many college students should be able to relate to:

If even the famous Kanye West is always a student, then why not take some time and learn how to cite tweets from celebrities and impress your college professor? Okay, one last time:

Notice that you should provide the author’s information exactly the way how it appears even if it does not make much sense to your strict academic advisor!

Notice that grammar, style, capitalization, and punctuation must be provided “as is” as you cite tweets.

Getting these rules under your belt will help you to liven up your academic writing and avoid plagiarism! 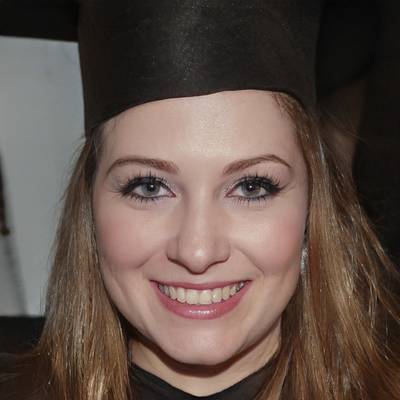 My name is Tutor Janice and I am a professional writer. I usually focus on Business and Management assignments, but I can handle other tasks as well.