Greek Mythology Essay Topics for Your Next Assignment 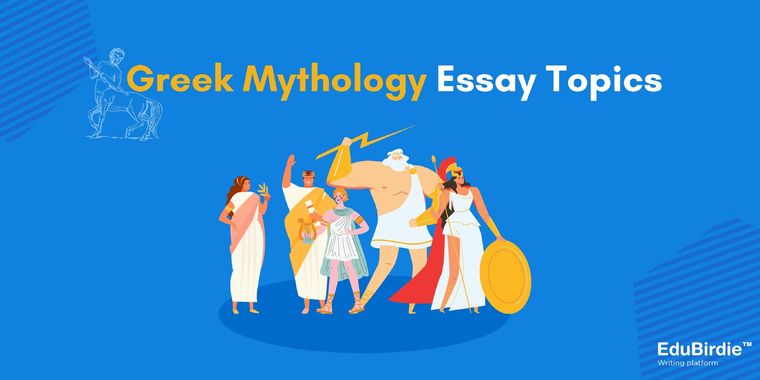 Greek mythology is a fascinating area of study that teaches us about the psyche and human nature in intriguing ways. But while reading about mythology is almost always exciting, writing about it can be a nightmare. Even coming up with Greek mythology essay topics can be an insurmountable challenge for many students.

Still, if you want to ensure you get the highest possible grade and complete your writing assignment with flying colors, you need the right topic that piques your interest and allows you to express yourself freely.

To help you with this process, we’ve compiled a comprehensive list of the best Greek mythology topic ideas. Use them to gather inspiration and develop the perfect research paper that wows your teacher.

How to Choose a Topic and Where to Find Ideas

Picking random Greek mythology essay topics is the worst thing you could do. It’s easy to make a mistake, choose a topic that doesn’t sit well with you, and ruin your entire assignment. To get your topic right, you’ll need to do a few things:

Additionally, it would be a good idea to familiarize yourself with the most common themes in Greek mythology before you start exploring the best topics. Similar to writing a philosophy essay, it's always better to learn more about its key figures and concepts prior working on your paper.

What Are Some Common Themes in Greek Mythology?

Greek mythology is expansive, but you’ll find that most stories handle some of the same themes, including:

These themes transcend time and space, being as relevant today as they were in ancient Greece.

Now, without further ado, let’s get into some Greek mythology topic ideas and help you get started with your paper. It’s in your best interest to browse through the entire list, take down at least a couple of interesting topics, do some preliminary research on them, then make your decision.

Choosing your topic is the first, most important step you need to take to finish your writing assignment. Carefully browse through this list of Greek mythology essay topics, do some preliminary research on them, and get started. If you need any additional writing assistance, you can always order a custom essay through EduBirdie!